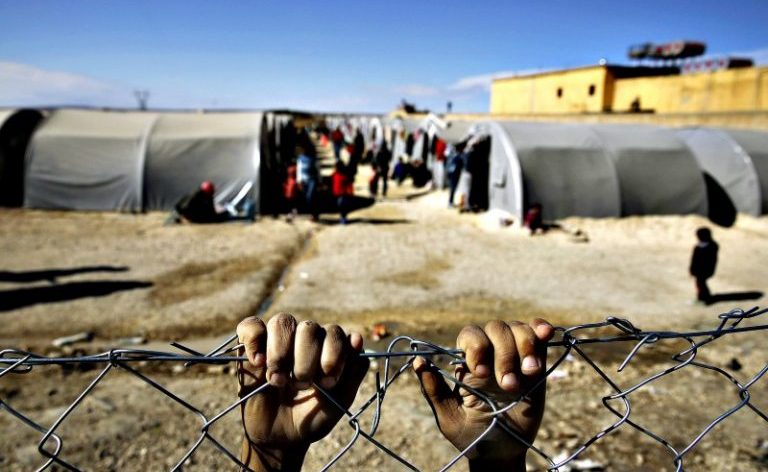 Why Environmentalists Must Be Antifascists

In this age of Trump, with its’ rising white nationalism and escalating acts of terror against people of color, there can be no ambiguity when it comes to resisting white supremacists in particular and the far Right in general. And the environmental movement is no exception.

Unfortunately environmentalists have long flirted with racist and even outright fascist ideas, from kicking out immigrants to totalitarian population control. It’s time for the environmental movement to come out as an unequivocally antiracist and antifascist movement. We must show that we are ready to defend human dignity and equality with as much commitment as we defend the Earth.

While many of us within the environmental movement have been taking collective liberation seriously for years, from chasing the Klan out of our communities to answering the calls from communities of color to embrace environmental justice, our movement as a whole has done too little to challenge the racist tendencies both within environmentalist circles as well as society at large. It is time we take seriously the threat posed by racism and the Far right, and firmly position antifascist organizing side by side with our efforts to defend Mother Earth.

Ecological destruction, most notably in the form of global climate change is causing massive disruptions to both ecological and human systems. These disruptions are creating scarcity in the essentials of life like food and water. These scarcities lead to famine, war, and migration, which prepare the ground for a politics of fear that psychopaths like Trump have successfully capitalized on. Many journalists have already pointed out that climate change was a major factor in creating the conditions for war in Syria. The Syrian war, along with the general destabilization across the Middle East has led to what many are calling the largest human migration since WWII. It is this massive human migration, a large proportion of which happens to be Muslim, that has whipped up the racist nationalism of everyone from neo-nazi terrorist groups in Germany to the current President of the United States. This new grouping of fascists have ushered in a wave of extreme policies on immigration throughout Europe and the US as well as a shocking rise in rightwing terrorist attacks against people of color. A similar story can of course be found in Latin America with ecological crises in part fueling the massive influx of Latino migrants to the US.

From Malheur to Pikeville: Resource Extraction and the Far Right

The business of resource extraction is not only brutal on the land, it also exacts a heavy toll on the communities that depend on these industries for existence. For a while the jobs are good and the money flows, but eventually the wells run dry, the mountains are mined out, and the trees are all gone. When this happens the corporations pack up and head home, along with all the profits, leaving the mining communities and logging towns with nothing but poverty, poisoned water and ruined landscapes.

The Right has long done an excellent job exploiting the misery created by these predatory extraction industries by whipping up resentment against everything from environmental regulations to people of color in order to distract people from the real culprits, capitalism and greed. Unfortunately the Left, in its stereotypical elitist ways, has dismissed entire swaths of rural America as being inherently racist and reactionary, allowing the far Right to go unchallenged in these areas.

We have seen these attitudes manifest in their most extreme with the armed standoffs instigated by the Bundy family and allied militia groups in both Nevada and Oregon. At the heart of both of these confrontations were demands to privatize public lands and to ensure private landowners’ “rights” to abuse the land in any way they see fit in pursuit of profit. Like flies attracted to a steaming pile of illegally grazed cow shit, these standoffs attracted a broad swath of far Right and racist groups including the Oath Keepers, 3 Percenters, and other militias who feed off the rural resentment fueled by the boom and bust cycle of resource extraction.

While these recent standoffs have not been explicitly about race[1], there are others on the far Right who are targeting poor rural areas dependent on resource extraction with white nationalist politics front and center. A neo-nazi group called Traditionalist Workers Party, led by Matthew Heimbach of Paoli, IN,  has announced plans for a two day conference in Pikeville, KY at the end of April in an effort to unite an assortment of white supremacist groups under the banner of the Nationalist Front. It just so happens that Pikeville is a predominately white community where many are struggling to survive the poverty the coal industry has left them in. Now the TWP is looking to exploit the desperation found in this coal town and turn economic resentment into racial hate. In addition to a day of workshops, the TWP plans to hold a rally in downtown Pikeville for “white working families” in an attempt to spread their hate. We can expect to see more organizing attempts by white supremacists in communities like Pikeville as both Republicans and Democrats continue to fail to provide any real solutions for working class communities.

As environmentalists who often find ourselves organizing in rural communities heavily impacted by extraction, it is imperative that we incorporate anitfascist organizing into our work. We must counter these hollow attempts to organize communities hurt by the extraction industry into racist vigilantes. We need to actively confront racist groups when they come onto our turf as well as engage in long term antiracist organizing alongside our efforts to defend the land.

Though most of the Right is dead set on militantly resisting any and all efforts to protect the environment, there is a new current in the world of rightwing politics that gives “ecofascist” a whole new meaning. It is well documented, though not necessarily well known, that elements of the German Nazi party had a warped environmental ethic that equivocated protecting the environment to strengthening the “Fatherland”. I’ll spare you the finer points of Nazi ecology, but to get to the point, there is a growing element of the far Right that is dredging up this forgotten eco-fascism and bringing it into the modern era. There are now many neo-nazi groups that dabble in paganism and nature worship under the guise of reconnecting with their European roots. And some white supremacists groups are taking the radical environmentalist concept of bioregionalism, and warping it into an excuse to create all white enclaves. This vein of fascist thought is most prominent in the Pacific Northwest, or Cascadia as leftwing bioregionalists have long called it, where groups like The Northwest Front and Cascadian Nationalist Resistance seek to appropriate the bioregionalist concept for their fascist ideals. In another example that I recently came across, among all the Traditionalist Workers Party’s  racist propaganda one can find a slick, “Support Renewable Energy” flyer that looks like it could have come straight from the Sierra Club. The world gets stranger every day.

Given environmentalism’s complicated history with white supremacy, and the current climate of armed anti-environment extreme Right militias rising side by side with the attempted cooptation of the environmental movement by some elements of the white supremacists movement, we have no choice but to be explicitly antifascist environmentalists. Knowing that the far Right is using the human collateral damage from ecological crises to whip up their racist base, there must be no ambiguity when it comes to our message of collective liberation. We cannot allow racists to co-opt our efforts to defend the Earth. Nor can we allow the far Right to continue to go unchallenged in rural areas. This is a call to environmentalists to position ourselves as firmly antifascist.

What we can do

[1] Though its hard to ignore the issue of race when an almost exclusively white group of armed men are talking about their “God given right” to land stolen from the indigenous peoples of this continent, not to mention the white nationalist rhetoric that many of these groups embrace. 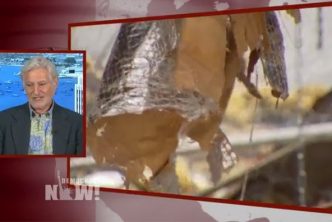 “This Is the New Normal”: How Climate Change Is Fueling Massive Storms like Harvey 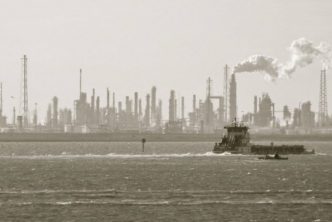 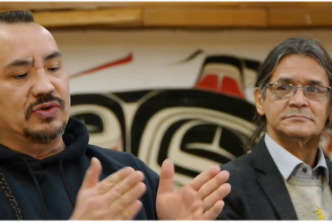 Defining The Warrior: Colonialism has no power over our land 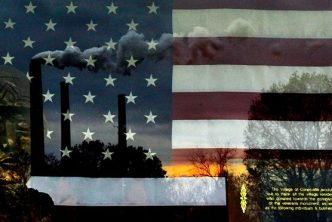 Enter exact word or phrase to search for