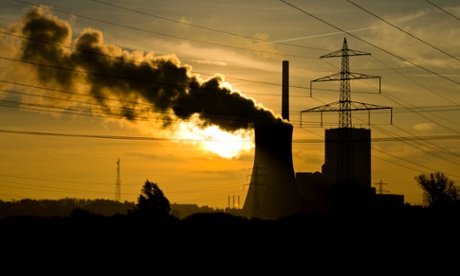 Climate change is set to inflict “severe, widespread, and irreversible impacts” on people and the natural world unless carbon emissions are cut sharply and rapidly, according to the most important assessment of global warming yet published.

The stark report states that climate change has already increased the risk of severe heatwaves and other extreme weather and warns of worse to come, including food shortages and violent conflicts. But it also found that ways to avoid dangerous global warming are both available and affordable.

“Science has spoken. There is no ambiguity in the message,” said the UN secretary general, Ban Ki-moon, attending what he described as the “historic” report launch. “Leaders must act. Time is not on our side.” He said that quick, decisive action would build a better and sustainable future, while inaction would be costly.

Ban added a message to investors, such as pension fund managers: “Please reduce your investments in the coal- and fossil fuel-based economy and [move] to renewable energy.”

The report, released in Copenhagen on Sunday by the UN’s Intergovernmental Panel on Climate Change (IPCC), is the work of thousands of scientists and was agreed after negotiations by the world’s governments. It is the first IPCC report since 2007 to bring together all aspects of tackling climate change and for the first time states: that it is economically affordable; that carbon emissions will ultimately have to fall to zero; and that global poverty can only be reduced by halting global warming. The report also makes clear that carbon emissions, mainly from burning coal, oil and gas, are currently rising to record levels, not falling.

The report comes at a critical time for international action on climate change, with the deadline for a global deal just over a year away. In September, 120 national leaders met at the UN in New York to address climate change, while hundreds of thousands of marchers around the world demanded action…more