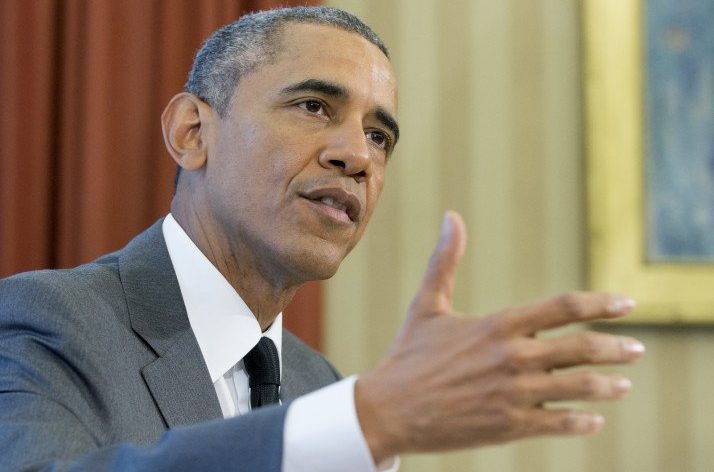 The carbon regulations that President Barack Obama is unveiling today sound like they’ll be a bit stronger than the toothless draft rules he unveiled last year. That doesn’t mean they’ll be strong. And it certainly doesn’t mean they’ll be “the strongest action ever taken to combat climate change,” as The New York Times breathlessly referred to them in its news pages yesterday morning.

It’s not yet clear exactly what they’ll be, because so far the Obama administration has only revealed some non-binding national goals, not the hard emissions targets that states will be required to meet. But the early leaks suggest that the Clean Power Plan will require the electricity sector to decarbonize slightly more than it would have under the draft plan. The sector’s emissions are expected to drop 32 percent from 2005 levels by 2030, up from 30 percent in the draft. The plan now anticipates renewable energy to rise to 28 percent of the grid’s capacity by 2030, instead of 22 percent, and coal to drop to 27 percent of capacity, instead of 31 percent.

That’s nice, but by the end of this year, according to Bloomberg New Energy Finance, the power sector’s emissions will already be down 15.4 percent from 2005 levels ­ about half the anticipated reductions in just a decade, and before the plan goes into effect. In other words, even under the strengthened plan, the rate of decarbonization is expected to slow over the next 15 years. What, did you think the strongest action ever taken to combat climate change would actually accelerate the nation’s efforts to combat climate change?

The final rule will also delay the first deadline for states to meet interim targets from 2020 to 2022, a significant walkback in a plan that Obama, cueing the Times, called “the biggest, most important step we’ve taken to combat climate change.”

If you’re really ranking them, the Clean Power Plan is at best the fourth-strongest action that Obama has taken to combat climate change, behind his much-maligned 2009 stimulus package, which poured $90 billion into clean energy and jump-started a green revolution; his dramatic increases in fuel-efficiency standards for cars and trucks, which should reduce our oil consumption by 2 million barrels per day; and his crackdown on mercury and other air pollutants, which has helped inspire utilities to retire 200 coal-fired power plants in just five years. The new carbon regulations should help prevent backsliding, and they should provide a talking point for U.S. negotiators at the global climate talks in Paris, but the 2030 goals would not seem overly ambitious even without new limits on carbon.