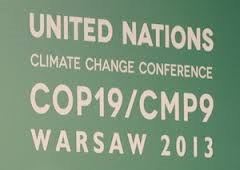 Who should pay for climate change disasters?

To a casual observer of the latest round of United Nations climate talks in Warsaw, Poland, last week, it was a battle between Polish coal miners determined to hang on to their jobs, and the people of the Philippines, who would rather not lose their lives to the tempests likely unleashed by climate change. In the corridors, the talks looked different: another stage in the agonisingly slow crawl towards a deal on carbon emission that diplomats hope to seal in 2015. Little progress was made on most issues, but the two-week negotiations did end with an outline agreement that could one day allow people like the Filipino victims of the super-typhoon Haiyan to use science to sue coal-mining firms and power companies for compensation.