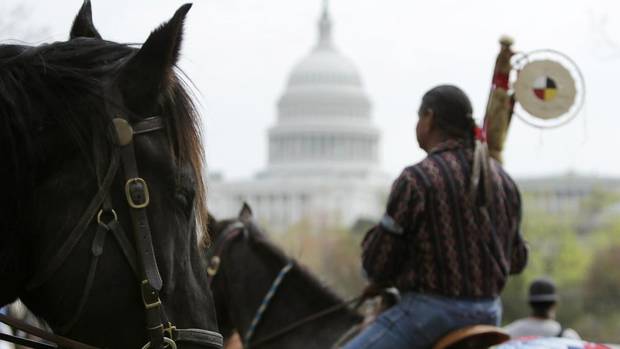 No mention of Keystone XL. Not a word about oil sands from Canada.

Exactly a year after President Barack Obama’s dire warning that global warming would “condemn … future generations to a planet that’s beyond fixing” unless greenhouse-gas emissions from burning fossil fuels were cut drastically, the White House issued a progress report. It didn’t even mention the controversial plan to funnel carbon-heavy Alberta oil sands to Gulf Coast refineries – a plan which has dominated the climate-change debate in the United States.

In his landmark speech, Mr. Obama singled out Keystone XL as the kind of project that needed to be measured in terms of its impact on greenhouse-gas emissions. Since then, he has again delayed a decision on TransCanada Corp. $5.4-million scheme to funnel 830,000 barrels of Canadian crude across the United States to Gulf coast refineries.

Mr. Obama’s latest delay pushes any decision back at least until next year – after November’s mid-term elections. Several Democratic senators who favour Keystone XL are fighting for their political lives.

Keystone XL remains the focal point of much of the climate-change debate, used by environmentalists as a high-profile litmus test of the President’s credibility on combatting greenhouse-gas emissions, while backers of the project say he should stop dithering and pandering to a segment of his base when polls shows clear support for the project.