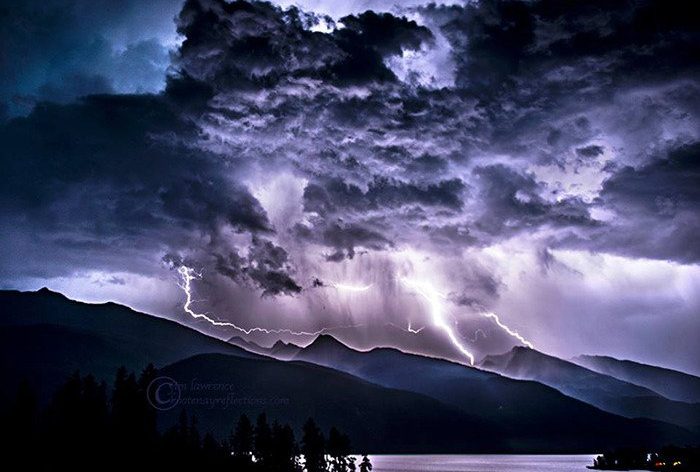 When do we start calling this the apocalypse?

Last week I took my partner Darby out for dinner to celebrate our four-year anniversary. It was a clear Monday evening—the sky baby blue and cloudless—and we were halfway through our first drink when the air suddenly seemed charged with an icy electricity. Tree limbs overhead rustled frenetically, then we heard rumbling in the distance.

From above the trees we could see a brown-grey cloud working its way east, consuming the landscape like a scene out of Mad Max: Fury Road. Within moments we were hit with a Noah-style deluge.

“Dust storm coming from Castlegar!” our waitress shouted, panicked, as with one hand she tried to keep her dress from flapping up in the wind.

“We need everyone inside now.”

As we retreated with our utensils and half-consumed appetizer, fat pellets of screaming rain barraged the patio, crumpling the umbrellas and sending the plastic chairs bumping along the paving stones.

Inside we watched as skeletal tree-detritus was hurled from the sky and cringed as the windows tinkled and banged with the sound of flying debris.

Afterwards, on our way home, I marvelled at the six-inch deep deposits of gravel collected on the corner of Baker Street.

Where had it come from?

Unknown to me at the time, several behemoth trees in Lakeside and Gyro Parks had been wrenched from the earth and tossed to the ground while residents fled for cover. Nearby mountain bike trails had been obliterated, and hundreds of insurance claims came flooding in for damaged houses and vehicles.

“The bridge was screaming,” city councillor Anna Purcell told my colleague Tamara Hynd, while describing the scene at Lakeside while people fled. Until moments earlier some of them had been happily splashing in the lake, and she was huddled with them at the concession.

Those words have niggled in my mind ever since.

Things are getting biblical

If you need any more proof that extreme weather events have taken on a biblical magnitude, look no further than the recently released encyclical from Pope Francis, which prompted a cross-community show of bell-ringing solidarity last week.

“The violence present in our hearts, wounded by sin, is also reflected in the symptoms of sickness evident in the soil, in the water, in the air and in all forms of life,” he wrote in Laudato Si, which was released to great controversy in May.

Francis was on my mind five days after the tree-toppling storm, as I wound down Highway 3A in the direction of a wildfire that had potentially resulted from plentiful lightning.

When I first caught sight of it, I felt like Frodo Baggins gazing horrified into the bowels of Mount Doom. The orange inferno reminded me of some CGI spectacle, and later six-year-old onlooker Oz Meeker agreed with me.

Darby was in my passenger seat, freaking out, as we made our way over. Pictures and videos of the conflagration had proliferated on social media, and I’d decided to rouse myself from my porch-slumber to investigate.

When I met Bob Tremblay he was sitting in the beautifully manicured terrace of his backyard in a lawn chair. Approximately two kilometres uphill he watched as row by row, the flames descended the slope towards him.

It was an eerie sight, one I won’t soon forget, seeing him alone in the shadows and surrounded by the meagre water-spitting of five or six sprinklers.

If Mother Nature wanted to barrel through his property, there wasn’t much he could do about it.

Luckily by midway through the next day the flames had been diverted uphill and a full fire crew was aggressively fighting it back. Crisis averted—this time.

Meanwhile, over 170 fires smouldered elsewhere in the province. On Twitter the hashtag #BCisonfire was picking up steam.

Since moving to the Kootenays, I’ve met a number of climate activists and community members who have begun to raise my awareness of our planet’s peril.

Since reading This Changes Everything by Naomi Klein and attending her sold-out Castlegar show, I feel like I’m becoming slowly radicalized by the hippy-locals and on the verge of becoming a full-out environmental activist.

Kaslo author Mandy Bath, when I interviewed her at the Johnson’s Landing slide earlier this year, told me that more and more of these natural disasters are coming our way. In her memoir Disaster in Paradise she illustrates two main things: it can happen to anyone, and our emergency response plans are woefully inadequate.

Talking to people living under this evacuation alert, families who are trying to decide what to bring along when they flee, I’m realizing that this stuff isn’t hypothetical anymore. It couldn’t be closer to home—I can literally see the smoke from my porch under Elephant Mountain.

And I’m not the only person who feels this way.

“I’ve always considered Nelson to be the perfect place to bunker down and ride out the apocalypse,” wrote Nelson resident Stevland Ambrose online. “But this week I am starting to reconsider.”

So I guess my question is: when are we going to start calling this the apocalypse?