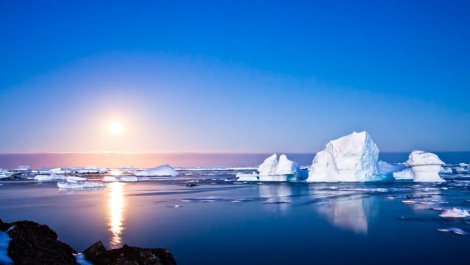 One of the key indicators and consequences of global warming is ice loss at the Earth’s poles. As the planet warms, on average and over time, more ice melts every summer. It refreezes in the winter, but again, as temperatures rise, in general we’ll see less ice at any given time as compared to the year before. The situation for the two poles is different. In the north, the Arctic ice floats on the ocean, and in the south, the Antarctic ice is over land and sea. This means that they ways they melt — how quickly, how much, even where specifically in those regions — are different. Still, the fact is the ice at both poles is melting. We’ve known this for quite some time.