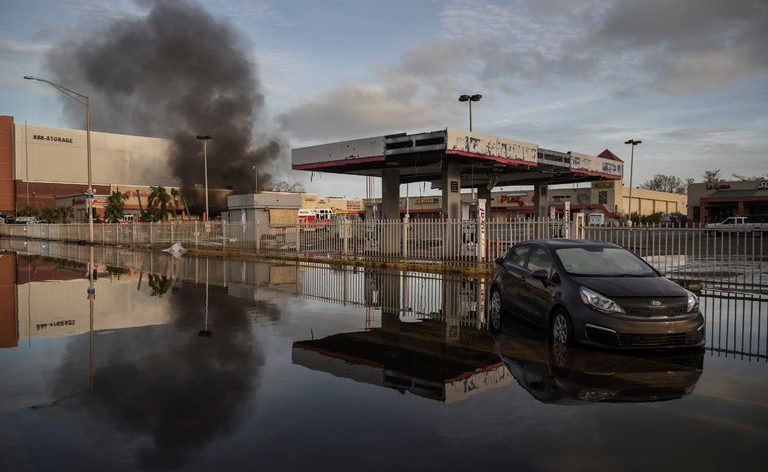 It’s been more than a week since I’ve had any word in New York from my 93-year-old father in Puerto Rico. He lives in Coamo, a town in the path of the worst storm to hit the island since 1928. My experience has been shared by millions of Puerto Ricans in the diaspora since Hurricane Maria wreaked its havoc on Sept. 20.

The so-called natural disaster wiped out the deteriorating infrastructure of the entire commonwealth, destroying homes and roads, and leaving Puerto Rico without electricity. Estimates are that it will take months to make the grid fully functional again. The loss of communications has meant no news at all from the more remote communities like Coamo, which is also my hometown.

This wasn’t just nature’s work. Another type of storm had been pounding the island long before last week. With no real representation in Washington, Puerto Rico has always been subject to the whims of stateside politicians unaccountable to the island’s people. More than half a century ago, tax breaks lured industry from the mainland to Puerto Rico, but in recent decades those advantages were yanked back. That set the stage for vulture hedge funds to swoop into the vacuum, but left hospitals, schools, electrical and communications grids too underfunded and fragile to weather a Category 4 hurricane.

The immediate cause of the humanitarian crisis we’re witnessing now was a one-two punch by Hurricanes Irma and Maria. But the seeds for it were sown by a public debt crisis that has made life harder and harder for Puerto Ricans in recent years. The island tried to meet draconian debt payments by making disastrous cuts to public services. Those measures pushed Puerto Ricans out of work and into poverty. By 2015, 46.1 percent of the population was living under the poverty line, including about 60 percent of the island’s children. The governor at the time, Alejandro García Padilla, declared the debt unpayable and began defaulting on debt payments.

The cruelly named Promesa law (“promesa” means “promise” in Spanish) passed by Congress last year was supposed to resolve the debt crisis and right Puerto Rico’s economy. But any meaningful recovery for Puerto Rican families remains a distant hope. The commonwealth’s tight budget has made life on the island impossible for hundreds of thousands of families. They migrated to the mainland; in Central Florida, they were arriving daily by the hundreds before hurricane season.