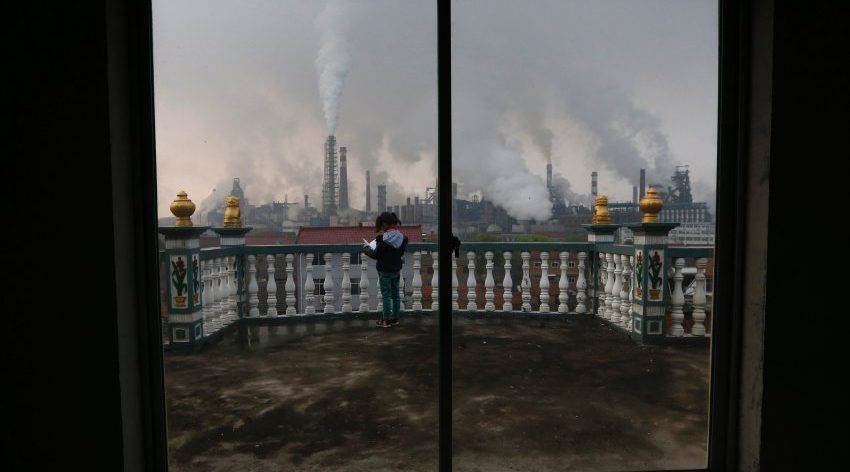 The warming world: Is capitalism destroying our planet?

(see editorial note at bottom) Humans are full of contradictions, including the urge to destroy things they love. Like our planet. Take Australian Prime Minister Tony Abbott. Like everyone living Down Under, he’s extremely proud of his country’s wonder of the world, the Great Barrier Reef. At the same time, though, Abbott believes that burning coal is “good for humanity,” even though it produces greenhouse gases that ultimately make our world’s oceans warmer, stormier and more acidic. In recent years, Australia has exported more coal than any other country in the world. And the reef, the largest living organism on the planet, is dying. Half of the corals that make up the reef are, in fact, already dead.

Indian Prime Minister Narendra Modi also wants the best for his country and is loathe to see it damaged by droughts, cyclones and storm surges. Nevertheless, he is planning on doubling India’s coal production by 2019 in addition to importing more coal from Australia. It is necessary to do so, he says, to help his country’s poor. India is already the third largest producer of greenhouse gases, behind China and the United States. But climate change is altering the monsoon season, with both flooding and drought becoming more common.

And who would accuse the majority of US Senators of being insensitive to the extreme shortage of water afflicting California? Yet the law-making body recently brushed aside everything science has learned about global warming and voted down two measures that attributed the phenomenon to human activity. For Americans and foreign tourists alike, California is a magical place, famous for Yosemite National Park, its Pacific coastline, its golden light. The state also grows around a third of all US produce. For now. An historic drought that has been ongoing for over three years has forced farmers to abandon their fields and to slaughter their animals.

Since 1880, when global temperatures began to be systematically collected, no year has been warmer than 2014. The 15 warmest years, with one single exception, have come during the first 15 years of the new millennium. Indeed, it has become an open question as to whether global warming can be stopped anymore — or at least limited as policymakers have called for. Is capitalism ultimately responsible for the problem, or could it actually help to solve it?

At the end of November, political leaders from around the world will gather in Paris to once again address the problem of global warming, just as they did five years ago in Copenhagen. Back then, a deep chasm opened up between the rich countries that want to protect the climate and the poor countries who are demanding that the rich countries pay for measures to combat climate change. Participants were hopelessly at loggerheads and proved unable to reach an agreement. The only product of the long days and nights of negotiation was a single number: 2 degrees Celsius.

Since then, politicians around the world have repeated the number like a mantra: Average global temperatures should not be allowed to increase by more than 2 degrees Celsius (3.6 degrees Fahrenheit) relative to pre-industrial times. A “dangerous anthropogenic interference with the climate system” is to be prevented, reads the United Nations Framework Convention on Climate Change.

The choice of 2 degrees Celsius as the maximum limit was largely an arbitrary one. Indeed, the 44 members of the Alliance of Small Island States (AOSIS) believe that, in a world that is 2 degrees warmer, many of their islands would disappear. They are demanding that the upper target limit be reduced to 1.5 degrees Celsius. But as things currently look, the 2-degree target is hopelessly utopian. It is supposed to sound reassuring, but it is little more than hot air. Since 1880, average global temperatures have already increased by 0.8 degrees Celsius, and the consequences have become widely evident.

At the Paris climate summit, leaders will have to reach agreement on questions that led to bitter disagreement five years ago in Copenhagen. Which countries have to reduce greenhouse gas emissions and by how much? What does it cost? And most importantly: Who pays? The goal is that of coming up with a successor treaty to the 1997 Kyoto Protocol, the first international agreement aimed at protecting the climate.

(editorial note: This article of course is overly optimistic about the new energy solutions and it doesn’t have a good reading on what we should expect in Paris. Much of the climate justice movement does not expect a deal to be made by the Conference of Parties in Paris, much like in Lima. There is good evidence that the social movement in Paris is actually paying little attention to voicing expectations for the negotiations and are constructing their own agenda  that will reflect more radicalized slogans and messaging. One indication of this is the main public mobilization will happen after the actual meeting rather than before – the idea being, they will have the last word coming out of the Paris meetings – Brad)