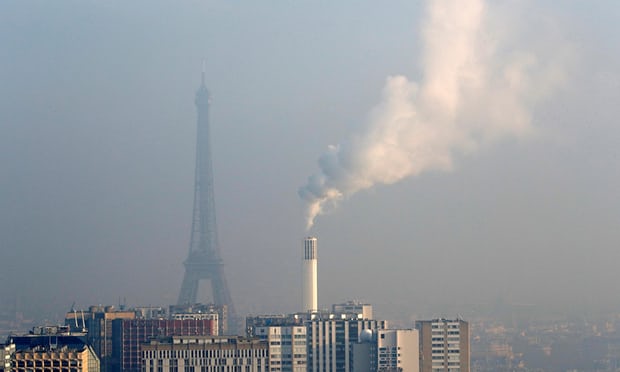 (Such dire predictions from the UN, such inadequate “solutions”…)

There is still a large gap between the pledges by governments to cut greenhouse gas emissions and the reductions scientists say are needed to avoid dangerous levels of climate change, the UN has said.

Current plans from national governments, and pledges made by private sector companies and local authorities across the world, would lead to temperature rises of as much as 3C or more by the end of this century, far outstripping the goal set under the 2015 Paris agreement to hold warming to 2C or less, which scientists say is the limit of safety.

The UN’s findings come in its latest assessment of progress on climate change, published on Tuesday ahead of the COP23 conference, a follow-up to the Paris agreement, to be held in Bonn next week.

There was some good news, however: the report found that carbon dioxide emissions had held steady globally since 2014. Against that, emissions of other greenhouse gases, notably methane, had increased.

The “emissions gap” uncovered by the UN does not include the consequences of a US withdrawal from the Paris agreement. If the US president, Donald Trump, presses ahead with plans announced this summer to take the US out of the agreement, the picture would become “even bleaker”, the report found. The US is the world’s second biggest emitter of greenhouse gases, after China. 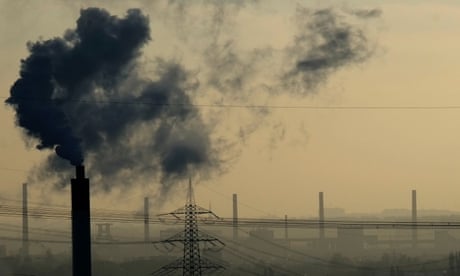 Erik Solheim, the UN’s environment chief, called for urgent action: “We still find ourselves in a situation where we are not doing nearly enough to save hundreds of millions of people from a miserable future. This is unacceptable. If we invest in the right technologies, ensuring that the private sector is involved, we can still meet the promise we made to our children to protect their future. But we have to get on the case now.”

There are signs that the world is moving away from its high-emissions trajectory. For instance, growing investment in renewable energy has caused the price of low-carbon power to plunge around the world, making it more attractive as an alternative to fossil fuels.

However, there is also a danger that if buildings and other infrastructure, such as transport, are built along current lines, they will “lock in” high greenhouse gas emissions for the future. Instead, cities should be designed to avoid the need for cars in favour of public transport, to make room for renewable energy generation, and to cut down on the need for air conditioning.

Private sector companies could also do more, according to the UN report. The world’s 100 highest-emitting publicly traded companies account for a quarter of global emissions, showing the scope for reducing the prospective dangers of global warming if they were to make changes to their business practices and efficiency.

The report also noted several potential short-term wins in staving off the worst effects of climate change, such as reducing the amount of soot entering the atmosphere, and phasing out the production of hydrofluorocarbons, used in air conditioning and refrigeration. The latter are powerful greenhouse gases, which when they reach the atmosphere cause warming many times greater than carbon dioxide, but there are alternatives which can be used instead.

Separately, the UN reported this week that atmospheric concentrations of carbon dioxide had reached record levels, in part owing to a strong El Niño weather system.