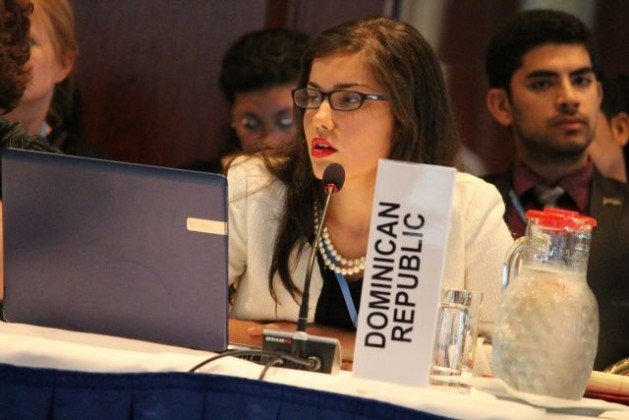 GENEVA, Feb 12 2015 (IPS) – A week of climate negotiations in Geneva, Switzerland Feb. 8-13 is setting the stage for what promises to be a busy year. In order to reach an agreement in Paris by December, negotiators will have to climb a mountain of contentious issues which continue to overshadow the talks.

One such issue is the relevance of gender in the climate change negotiations.

While gender mainstreaming has become a standard practice within development circles and was a critical aspect of the Millennium Development Goals, it still remains on the fringes of the U.N. climate discussions.

Recent developments have forced gender back into the spotlight thanks to concise action this week from the representatives of a number of countries, including the Dominican Republic, Ghana, Sudan, Mexico, Chile and the EU.

Anniete Cohn-Lois, head of gender affairs under the Dominican Republic’s vice presidency, has been one of the most vocal proponents of gender equality in the negotiations. According to the Germanwatch Long-Term Climate Risk Index, the Dominican Republic was the eighth most affected country in terms of the impacts of climate change over the past two decades.

However, as Cohn-Lois explained, her passion for Gender rights here in Geneva has been inspired by a particularly localised experience of marginalised women in Jimani, on the southern border with Haiti.

Cohn-Lois added that many of the women in this area are single mothers, with some taking care of both elderly relatives and children. These women are some of the most vulnerable to climate change in the Dominican Republic and face several challenges, including gaining access to clean water.

“Since the southern side is such an arid part, access to water is still an issue. They can only afford to buy water weekly or even biweekly and find a way to [store] it,” she said.

She also noted that they have a wind farm in the area which provides electricity to most of the houses there.

Cohn-Lois is aware that women face similar challenges all over the world. Through her diplomatic post, she has markedly advanced the awareness of the importance of gender equality within the U.N. climate negotiations.

This week, she has called not only for gender equality in relation to climate change, but also gender-sensitivity, particularly and the value of community-based approaches to climate mitigation and adaptation programmes. …more