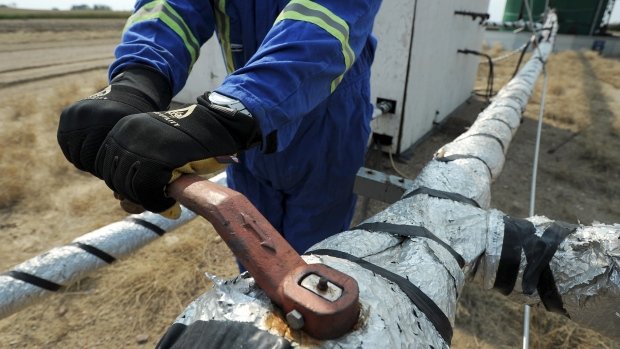 Russ Girling, the Calgary-based energy company’s chief executive officer, said in a statement that National Energy Board and Quebec officials will be informed TransCanada won’t go forward with the applications.

“We appreciate and are thankful for the support of labour, business and manufacturing organizations, industry, our customers, Irving Oil, various governments, and the approximately 200 municipalities who passed resolutions in favour of the projects,” Girling said in a release.

“Most of all, we thank Canadians across the country who contributed towards the development of these initiatives.”

The proposed Energy East project would have carried more than one million barrels of oil every day from Alberta and Saskatchewan across the country to be refined in New Brunswick and then exported either from there or from a new yet-to-be-built port in Quebec.

It would have added 1,500 kilometres worth of new oil pipelines to an existing network of more than 3,000 kilometres, which would have been converted from carrying natural gas, to carrying oil.

The company says it will take a $1-billion charge to write down the project on its books in its next quarterly results. But the full price tag for the project would have been much higher, with most recent projections tabbing it at almost $16 billion.​

The company first proposed the project in 2013, when oil prices neared $100 a barrel. But the project’s future had come in doubt since then as the economics changed, and regulatory and environmental hurdles started piling up.