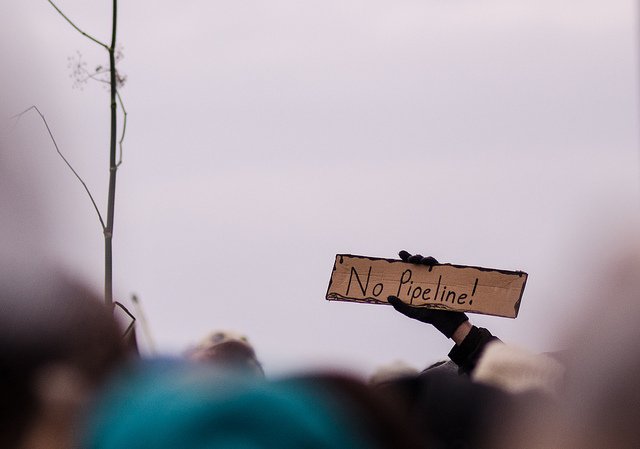 The area in Northern Alberta known as the Tar sands has been the subject of a raging debate over the past years. On the one hand, the business community claims the exploitation of the region’s unconventional oil reserves to be Canada’s most effective engine of economic growth and job creation; that further exploitation will allow for the country to become self-reliant in energy and end its dependence on foreign oil. The other side of the debate is often dismissed as being made up of environmentalists who care more for nature than their fellow human beings.

Yet, everywhere that the debate has raged, the caricature of the environmentalist hippie has proven itself to be a straw-man. Québec, where a debate is currently in the works over TransCanada’s proposed Energy East pipeline, is no exception. That prospective pipeline — the largest planned in North America — would pass directly through the city of Montreal and Québec’s agricultural heartland: the Lower St Lawrence.

I am currently taking part in a 700km march across Québec to protest Energy East, organized by concerned citizens who oppose the pipeline. It began on May 10 in Cacouna — where TransCanada hopes to buy a public port and convert it into an export station for the Tar Sands — and will end on June 14 in Kanehsatake. The march follows the proposed route of Energy East (and then Line 9, following the march’s arrival in Montreal). Called Peoples for Mother Earth, the march is filled with individuals — young and old, indigenous and settler, French and English — with distinct concerns and causes for personal opposition.

There are many who are against the Harper government’s dismantling of the debate process at the National Energy Board (NEB). In the past, projects such as Energy East would have been subject to rigorous democratic debate during approval hearings; but the rules have now been changed so that only those “directly affected” by the project are allowed to speak. That term is defined using the narrow and arbitrary criteria of the distance between the person’s house and the pipeline.

This has effectively prevented environmental groups and citizen’s organizations in general from speaking at the hearings; creating a process which is now dominated by industry representatives who stand to profit from the pipeline’s approval. The lack of accessibility to the regulatory and approval process for the pipelines has led many to take the alternate route of the streets in order to voice their opinion.

There are others, many of whom are native to the Lower St. Lawrence, who use the logic of jobs — the same as is used by TransCanada — to oppose the project. This is because despite the numbers being put out by TransCanada’s public relations specialists (highly inflated due to inclusion of temporary construction jobs), Energy East stands to create just over 200 permanent jobs over the entire province of Québec — 25 of which will be in Cacouna.

Those meager jobs numbers fail to compare to the amount who work in the tourism sector in Cacouna and the Lower St Lawrence, where a thriving whale-watching industry employs hundreds of people — and exists due to the Beluga Whales who call the river home. A busy port would disrupt and likely destroy the whale-watching industry.

The above mentioned problems, unfortunately, represent a best-case scenario for the pipeline. In the likely event that a spill occurs, the consequences would be much farther reaching and could constitute a major disaster.

As was mentioned previously, the Lower St. Lawrence is a major center of production for Québec’s large agricultural industry — which would be devastated in the case of land or water contamination resulting from a spill. This concern has been among the most common which the march has encountered among local residents up to this point.

It is for this reason that Coule Pas Chez Nous, an organization based in the Lower St Lawrence, has emerged as a force of resistance against Energy East. Peoples for Mother Earth has worked with Coule Pas Chez Nous in order to spread and unite the voices of opposition to the pipeline.

Of course, as serious as all of these arguments are, they all disregard the elephant in the room: climate change. By bring the fuel from the Tar sands to export, Energy East would allow for a huge expansion of what is already the largest industrial project in the world — which former NASA climatologist James Hansen describes as “game over” for the planet.

The scientific community has, by now, reached near-complete (97 per cent according the The Consensus Project) agreement that climate change is real and that humans are the cause. Yet, in what can only be described as collective delusion, the carbon industry is attempting to continue and accelerate the exact process which threatens to destroy life on earth.

Extreme energy projects such as the Tar sands and shale oil production (also present in the Tar sands region) are simply unacceptable. It is for this reason that I myself, among others, joined the Peoples for Mother Earth.

The Tar sands must be stopped.

The arguments mentioned above do not comprise the full list of grievances held by the various citizens marching against Energy East. There are also individuals primarily concerned with indigenous treaty violations in Alberta, the blurred line between energy corporations and the government, the survival of various species of wildlife such as Belugas, the huge foreign landholdings in Northern Alberta by the Koch brothers and many other problems associated directly or indirectly with Energy East.

Each person brings their own distinct point of view to the proverbial table, and this allows for the group as a whole — which conducts regular workshops and teach-ins internally, led by whoever has a point to put across — to continuously learn more about that which is being resisted.

The marchers are currently over one week into a five-week march across the province to oppose Energy East. Those who march are not required to stay for the entire trip, or even an entire day, should they not want to. All people are welcome, and many concerned locals have walked with us for time periods of their choosing. The march is organized along the lines of a direct-democracy; all choices which affect the group as a whole are presented for discussion among all marchers.

In the towns visited, time is spent doing door-to-door information sessions with the local community; or playing shows (music, interactive theatre, slam poetry and others forms of spectacle) for the town which are followed by discussions about the dangers of the pipeline. The stated goal of the march is to mobilize the opposition to Energy East which is — often silently — present in communities which would be affected by the project, should it be constructed.

The reaction up until now has been mainly in our favour, although the march has also been met with some individual skeptics, many of whom use many of the same arguments as TransCanada; which recently sent representatives to the Lower St Lawrence in order to convince the residents to accept the pipeline.

Yet, in this region, it seems as though the majority of residents of most towns do not buy TransCanada’s PR. We have spoken to farmers, local businesses and average citizens who feel threatened by Energy East. Their concerns often mirror those of the march’s organizers. They want to keep their water clean and their livelihoods intact, and are rightly threatened by the pipeline.

Resistance to the Tar sands has become a defining feature of the Canadian (and even the North American) environmental movement. It appears that the province of Québec is beginning to see its own distinct version of this resistance.

Yet one must not lose sight of the place where this fits into the larger picture of the green movement. The time is now for the diverse and distinct struggles against the Tar Sands — and dirty energy in general — to form a unified voice of opposition.

All who read this are invited to join the march should they feel the desire to do so. Information on the march and its route can be found at the official website, the march’s Facebook page, and its Twitter account (or by searching for the hashtags #MarcheTerreMere and #MotherEarthMarch). An interactive map showing the date of each stop is also available. Those who have questions, want to provide commentary, or are interested in walking can contact peuplespourterremere@gmail.com.