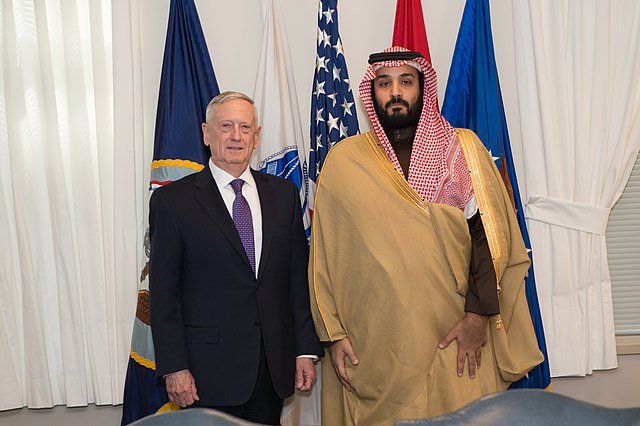 As midterm elections loom, suddenly everyone is formulating a foreign policy for the Left. On August 9, Phyllis Bennis put forward “A Bold Foreign Policy Platform for the New Wave of Left Lawmakers,” for In These Times; on September 4, in Foreign Affairs, Daniel Nexon called for “a new progressive internationalism.” On September 13, Bernie Sanders wrote in the Guardian that we need an “international progressive movement” to combat a rapidly coalescing “new authoritarian axis.” His motion was seconded by Yanis Varoufakis.

And it didn’t end there. Soon joining the call for a new progressive foreign policy were Daniel Bessner in the New York Times, Katrina vanden Heuvel in the Washington Post and more. All these pieces addressed traditional foreign policy questions and what progressives should pressure the U.S. government to do.

This piece is about something different: not primarily what candidates or the state should do but what we in the socialist movement should do, with or without state power—and how we can update our approach for the 21st century. (I am using socialist as a catchall term for all the anarchists, labor organizers, municipalists, feminists, anti-racists, gender activists and other progressives who make up our still-amorphous movement.)

Let’s begin with one of Phyllis Bennis’ formulations for candidates: “A progressive foreign policy must reject U.S. military and economic domination and instead be grounded in global cooperation, human rights, respect for international law and privileging diplomacy over war.”

I agree with everything in this sentence, but have a problem with a paradigm that is so timeless. Add another sentence on denuclearization, demilitarization and conversion to a peace economy, and we could be back in the peace movement of the seventies. But our lives in the 21st century will be shaped by at least four new developments—including, most urgently, climate change—and these must fundamentally affect our foreign policy.

1. Climate change has already put the survival of many species and low-lying regions at risk, and made the future of human civilization an open question. It has endangered people’s livelihoods all over the world—livelihoods which, in many cases, were already compromised by neoliberal globalization. At the same time, the physical security of some of these same communities is threatened by wars, authoritarian governments and fundamentalist movements. Facing so many dangers, many see no choice but flight. This means the coming period will be a time of unprecedented migrations. The walls being thrown up to exclude migrants have already produced the most severe human rights crisis since World War II.

For decades, U.S. foreign policy has been based in part on gaining and keeping access to fossil fuels. In order to keep things sweet with the Saudis, the United States has turned a blind eye to their funding al Qaeda, and educating extremists throughout the world. The United States sees them as allies against Iran, and continues to supply them with weapons and political support even as they devastate Yemen.

Socialists must insist that the U.S. end its dependence on fossil fuels, rather than making this dependence the basis of foreign policy. We must also insist that the U.S. hold to and strengthen agreements that will maximize the chances of saving life on this planet. We ourselves and civil society at large must develop our own domestic and cross-border instruments to police such agreements, as is already happening spontaneously with anti-extraction movements. The global movement against fracking has mobilized activists all around the world and mounted a still-ongoing transnational campaign against the Keystone Pipeline led by indigenous groups in the United States and Canada.