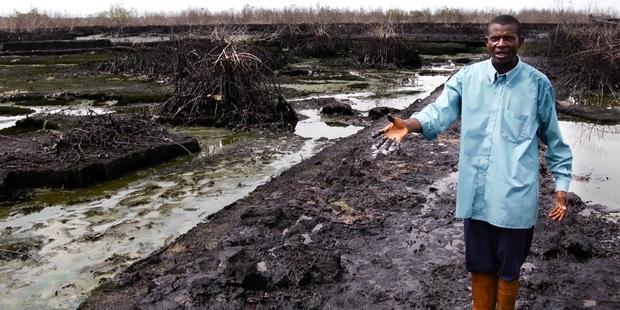 The first judgment in what lawyers have said could be one of the world’s largest ever environmental trials has ruled that Shell may have to compensate some communities for oil spills from their pipelines caused by criminals in the heavily polluted Niger delta.

The ruling at London’s high court, following interpretations of Nigerian law by two retired Nigerian judges, may limit damages that Shell is expected to have to pay Niger delta villages devastated by two massive oil spills in 2008 and 2009, according to the company.

The case, which will be heard next May in London and is expected to last three months, centres on the rusting 55-year-old trans-Niger pipeline which passes through villages, fields and swamps in Ogoniland on its way to an oil terminal at Bonny.

In November 2008 it ruptured twice in a few days near the fishing village of Bodo, spilling thousands of gallons of oil, polluting fishing grounds, and destroying livelihoods. Estimates of how much oil was spilled range from a few thousand to over 250,000 barrels.