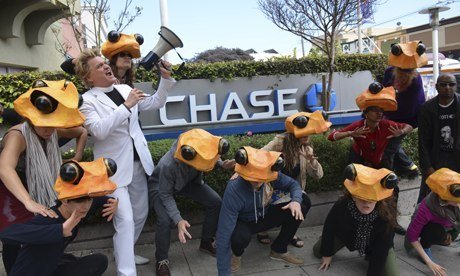 An actor who uses comic theatre and music to persuade corporations to address climate change faces a year in prison after the largest bank in the US took offence. In June, Billy Talen and eight members of the Church of Earthalujah choir walked into the lobby of a Manhattan branch of JP Morgan Chase in New York. Dressed as central American golden toads, a species that has been made extinct as the result of climate change, they told the staff that they were about to perform “expressive politics”.