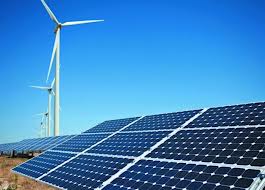 Don’t hold your breath, but future historians may look back on 2015 as the year that the renewable energy ascendancy began, the moment when the world started to move decisively away from its reliance on fossil fuels. Those fuels — oil, natural gas, and coal — will, of course, continue to dominate the energy landscape for years to come, adding billions of tons of heat-trapping carbon to the atmosphere.  For the first time, however, it appears that a shift to renewable energy sources is gaining momentum.  If sustained, it will have momentous implications for the world economy — as profound as the shift from wood to coal or coal to oil in previous centuries.

Global economic growth has, of course, long been powered by an increasing supply of fossil fuels, especially petroleum. Beginning with the United States, countries that succeeded in mastering the extraction and utilization of oil gained immense economic and political power, while countries with huge reserves of oil to exploit and sell, like Kuwait and Saudi Arabia, became fabulously wealthy.  The giant oil companies that engineered the rise of petroleum made legendary profits, accumulated vast wealth, and grew immensely powerful.  Not surprisingly, the oil states and those energy corporations continue to dream of a future in which they will play a dominant role.

“Fossil fuels are our most enduring energy source,” said Ali Al-Naimi, Saudi Arabia’s minister of petroleum and mineral resources, in April 2013.  “They are the driving force of economic development in the U.S., Saudi Arabia, and for much of the developed and developing world [and] they have the capacity to sustain us well into the future.”

But new developments, including a surprising surge in wind and solar installations, suggest that oil’s dominance may not prove as “enduring” as imagined.  “Rapidly spreading solar technology could change everything,” energy analyst Nick Butler recently wrote in the Financial Times.  “There is growing evidence that some fundamental changes are coming that will over time put a question mark over investments in old energy systems.”

Normally, transitions from one energy system to another take many decades.  According to Vaclav Smil of the University of Manitoba, the shift from wood to coal and coal to oil each took 50 years.  The same length of time, he has argued, will be needed to complete the transition to renewables, which would leave any green energy era in the distant future.  “The slow pace of this energy transition is not surprising,” he wrote in Scientific American.  “In fact, it is expected.”

Smil’s analysis, however, assumes two things: first, that a business-as-usual environment in which decisions about energy investments will largely be made within the same profit-seeking outlook as in the past will continue to prevail; and second, that it will take decades for renewables to best fossil fuels in terms of cost and practicality.  Both assumptions, however, appear increasingly flawed.  Concern over climate change is already altering the political and regulatory landscape, while improvements in wind and solar technology are occurring at an extraordinary rate, rapidly eliminating the price advantage of fossil fuels.  “The direction of change is clear,” Butler writes.  With the cost of renewable installations falling, solar power has moved “from being a niche supplier to being a major regional competitor [to fossil fuels].”

Experts largely agree that renewables will claim a larger share of the global energy budget in the years ahead.  Nevertheless, most mainstream analysts continue to believe that fossil fuels will be the dominant form of energy for decades to come.  The U.S. Department of Energy (DoE) typically predictsthat the share of world energy provided by renewables, nuclear, and hydro combined will climb from 17% in 2015 to a mere 22% in 2040 — hardly change on a scale that would threaten the predominance of fossil fuels. There are, however, four key trends that could speed the transition to renewables in striking ways: the world’s growing determination to put a brake on the advance of climate change; a sea change in China’s stance on growth and the environment; the increasing embrace of green energy in the developing world; and the growing affordability of renewable energy.