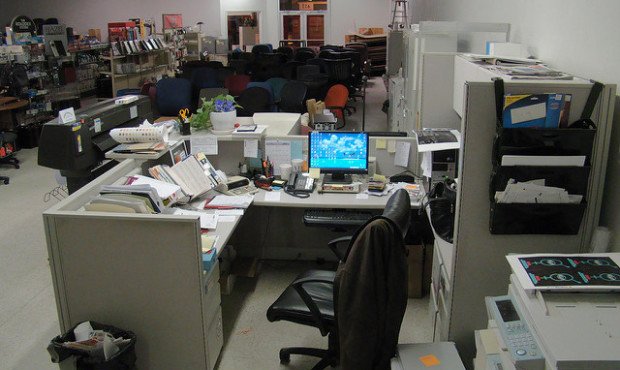 ‘The Problem with Work’: Addressing America’s obsession with work

When making small talk, adults quickly resort to perhaps the most common question of all: what do you do? But in places like France, asking this question at a dinner party is considered rude. American culture has a strange love affair with work.

We don’t take all of our paid vacation days and many people have much of their identity wrapped up in what they do for money. A new book questions how we consider work in this country. It’s called “The Problem with Work: A Feminism, Marxism, Antiwork Politics, and Postwork Imaginaries” and it’s written by a person with a job. Kathi Weeks is professor at Duke University, but she lives in Seattle during summers.

“I wanted to look at work as a social organizing principle and also a cultural preoccupation, because I think we’re obsessed with work,” Weeks said. “We have so many ideas and hopes about what work will do for us as individuals. I really wanted to talk about the ways that work is failing us.”

The problem with work

For one, do we all really need to be working 40 hours a week? That’s the sort of question Weeks puts out there with “The Problem with Work.”

“The 40 hour week is pretty new, historically,” she said. “It was really set in place right around and after World War II. Before that, worker’s movements had been lobbying for the 12 hour day, for the 10 hour day, for the eight hour day and somehow magically it stops at 40 hours and we imagine somehow it’s set in stone.”

“If people talk about shortening the workday they say, ‘Oh, but the economy would collapse,’” Weeks said. “But that’s exactly what they said when they were lobbying for the 12 hour day and the eight hour day. I don’t think that’s true. I think, like a lot of people, there are some of us who are working towards imagining a 30 hour week with no decrease in pay as a way to make work sustainable, to distribute work and make work available to more people.”

She says we often spend our non-working hours just recovering from being on the job.

Weeks is in favor of all Americans getting a guaranteed basic income, a government supplied sum that allows low income workers to prosper and gives higher earners more choices. It could also allow overworked employees to give up some of their work hours to people who need/want it.

“I think it would give workers a better bargaining position to demand from employers better working conditions and hours,” she said. “I think it would give more of us choices about what kinds of household arrangements we want to be part of. Because I think sometimes now people end up forced, by economic circumstances, into certain kinds of family and household relationships. If they had access to income they might be allowed to make other kinds of choices.”

She knows it’s a confusing and potentially unpopular concept in a society built on capitalism.

“I think when some people react [by asking]: how is this feasible? I always want to say, but how is the wage system feasible?” Weeks said. “There are too many of us that have been failed by these institutions that don’t make room for us. They’re unsustainable and they’re incomplete. So if the wage system isn’t working, what other ideas do we have? And I think a guaranteed basic income is a potential alternative.”

Weeks simply asks us to question the current system. To not take it at face value.