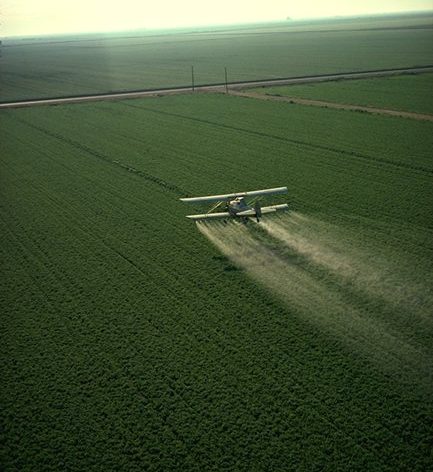 It is becoming increasingly apparent that food and agriculture across the world is in crisis. Food is becoming denutrified, unhealthy and poisoned with chemicals and diets are becoming less diverse. There is a loss of plant and insect diversity, which threatens food security, soils are being degraded, water tables polluted and depleted and smallholder farmers, so vital to global food production, are being squeezed off their land and out of farming. A minority of the global population has access to so much food than it can afford to waste much of it, while food poverty and inequality have become a fact of life for hundreds of millions.

This crisis stems from food and agriculture being wedded to power structures that serve the interests of the powerful agribusiness corporations in the Western countries, especially the US. Over the last 60 years or so, Washington’s plan has been to restructure indigenous agriculture across the world. And this plan has been geopolitical in nature: subjugating nations by getting them to rely more on US imports rather and grow less of their own food. What happened in Mexico under the banner of ‘free trade’ is outlined further on in this article.

Agriculture and food production and distribution have become globalised and tied to an international system of trade based on export-oriented mono-cropping, commodity production for the international market, indebtedness to international financial institutions (IMF/World Bank) and the need for nations to boost foreign exchange (US dollar) reserves to repay debt (which neatly boosts demand for the dollar, the lynch pin of US global dominance). This has resulted in food surplus and food deficit areas, of which the latter have become dependent on (US) agricultural imports and strings-attached aid. Food deficits in the global South mirror food surpluses in the West.

Whether through IMF-World Bank structural adjustment programmes related to debt repayment, as occurred in Africa, bilateral trade agreements like NAFTA and its impact on Mexico or, more generally, deregulated global trade rules, the outcome has been similar: the devastation of traditional, indigenous agriculture.

Integral to all of this has been the imposition of the green revolution. Farmers were encouraged to purchase seeds from corporations that were dependent on petrochemical fertilisers and pesticides to boost yields. They required loans to purchase these corporate inputs and governments borrowed to finance irrigation and dam building projects for what was a water-intensive model.

While the green revolution was sold to governments and farmers on the basis it would increase productivity and earnings and would be more efficient, we are now in a position to see that it served to incorporate nations and farmers into a system of international capitalism based on dependency, deregulated and manipulated commodity markets, unfair subsidies and inherent food insecurity.

As part of a wider ‘development’ plan for the global South, millions of farmers have been forced out of agriculture to become cheap factory labour (for outsourced units from the West) or, as is increasingly the case, unemployed or underemployed slum dwellers. And many of those who remain in agriculture find themselves being steadily squeezed out as farming becomes increasingly financially non-viable due to falling incomes, the impact cheap subsidised imports and policies deliberately designed to run down smallholder agriculture.

Aside from the geopolitical shift in favour of the Western nations resulting from the programmed destruction of traditional agriculture, the corporate-controlled, chemical-laden green revolution has adversely impacted the nature of food, soil, human health and the environment. Sold on the promise of increased yields, this has been overstated. And the often stated ‘humanitarian’ intent and outcome (‘millions of lives saved’) has had more to do with PR rather than the reality of cold commercial interest.

Moreover, if internationally farmers found themselves beholden to a US centric system of trade and agriculture, at home they were also having to cater to the needs of a distant and expanding urban population whose food needs were different to local rural-based communities. In addition to a focus on export oriented farming, crops were being grown for the urban market, regardless of farmers’ needs or the dietary requirements of local rural markets.

Impacts of the green revolution on the farm

In an open letter written in 2006 to policy makers in India, farmer and campaigner Bhaskar Save summarised some of the impacts of green revolution farming in India. He argued that the actual reason for pushing the green revolution was the much narrower goal of increasing marketable surplus of a few relatively less perishable cereals to fuel the urban-industrial expansion favoured by the government and a few industries at the expense of a more diverse and nutrient-sufficient agriculture, which rural folk – who make up the bulk of India’s population – had long benefited from.

Before, Indian farmers had been largely self-sufficient and even produced surpluses, though generally smaller quantities of many more items. These, particularly perishables, were tougher to supply urban markets. And so the nation’s farmers were steered to grow chemically cultivated monocultures of a few cash-crops like wheat, rice, or sugar, rather than their traditional polycultures that needed no purchased inputs.

Tall, indigenous varieties of grain provided more biomass, shaded the soil from the sun and protected against its erosion under heavy monsoon rains, but these very replaced with dwarf varieties, which led to more vigorous growth of weeds and were able to compete successfully with the new stunted crops for sunlight. As a result, the farmer had to spend more labour and money in weeding, or spraying herbicides. Moreover, straw growth with the dwarf grain crops fell and much less organic matter was locally available to recycle the fertility of the soil, leading to an artificial need for externally procured inputs. Inevitably, the farmers resorted to use more chemicals and soil degradation and erosion set in.

The exotic varieties, grown with chemical fertilisers, were more susceptible to ‘pests and diseases’, leading to yet more chemicals being poured. But the attacked insect species developed resistance and reproduced prolifically. Their predators – spiders, frogs, etc. – that fed on these insects and controlled their populations were exterminated. So were many beneficial species like the earthworms and bees.

Save noted that India, next to South America, receives the highest rainfall in the world. Where thick vegetation covers the ground, the soil is alive and porous and at least half of the rain is soaked and stored in the soil and sub-soil strata. A good amount then percolates deeper to recharge aquifers or groundwater tables. The living soil and its underlying aquifers thus serve as gigantic, ready-made reservoirs. Half a century ago, most parts of India had enough fresh water all year round, long after the rains had stopped and gone. But clear the forests, and the capacity of the earth to soak the rain, drops drastically. Streams and wells run dry.

While the recharge of groundwater has greatly reduced, its extraction has been mounting. India is presently mining over 20 times more groundwater each day than it did in 1950. But most of India’s people – living on hand-drawn or hand-pumped water in villages, and practising only rain-fed farming – continue to use the same amount of ground water per person, as they did generations ago.

More than 80% of India’s water consumption is for irrigation, with the largest share hogged by chemically cultivated cash crops. For example, one acre of chemically grown sugarcane requires as much water as would suffice 25 acres of jowar, bajra or maize. The sugar factories too consume huge quantities. From cultivation to processing, each kilo of refined sugar needs two to three tonnes of water. Save argued this could be used to grow, by the traditional, organic way, about 150 to 200 kg of nutritious jowar or bajra (native millets).

The colonisation of Mexico by US agribusiness

If Bhaskar Save helped open people’s eyes to what has happened on the farm and to ecology as a result of the green revolution, a2015 report by GRAIN provides a wider overview of how US agribusiness has hijacked an entire nation’s food and agriculture under the banner of ‘free trade’ to the detriment of the environment, health and farmers.

In 2012, Mexico’s National Institute for Public Health released the results of a national survey of food security and nutrition. Between 1988 and 2012, the proportion of overweight women between the ages of 20 and 49 increased from 25 to 35% and the number of obese women in this age group increased from 9 to 37%. Some 29% of Mexican children between the ages of 5 and 11 were found to be overweight, as were 35% of the youngsters between 11 and 19, while one in 10 school age children suffered from anaemia. The Mexican Diabetes Federation says that more than 7% of the Mexican population has diabetes. Diabetes is now the third most common cause of death in Mexico, directly or indirectly.

The various free trade agreements that Mexico has signed over the past two decades have had a profound impact on the country’s food system and people’s health. After his mission to Mexico in 2012, the then Special Rapporteur on the Right to Food, Olivier De Schutter, concluded that the trade policies in place favour greater reliance on heavily processed and refined foods with a long shelf life rather than on the consumption of fresh and more perishable foods, particularly fruit and vegetables.

He added that the overweight and obesity emergency that Mexico is facing could have been avoided, or largely mitigated, if the health concerns linked to shifting diets had been integrated into the design of those policies.

The North America Free Trade Agreement led to the direct investment in food processing and a change in the retail structure (notably the advent of supermarkets and convenience stores) as well as the emergence of global agribusiness and transnational food companies in Mexico. The country has witnessed an explosive growth of chain supermarkets, discounters and convenience stores. Local small-scale vendors have been replaced by corporate retailers that offer the processed food companies greater opportunities for sales and profits. Oxxo (owned by Coca-cola subsidiary Femsa) tripled its stores to 3,500 between 1999 and 2004. It was scheduled to open its 14 thousandth store sometime during 2015.

De Schutter believes a programme that deals effectively with hunger and malnutrition has to focus on Mexico’s small farmers and peasants. They constitute a substantial percentage of the country’s poor and are the ones that can best supply both rural and urban populations with nutritious foods. Mexico could recover its self-sufficiency in food if there were to be official support for peasant agriculture backed with amounts comparable to the support granted to the big corporations.

In Mexico, the loss of food sovereignty has induced catastrophic changes in the nation’s diet and has had dire consequences for agricultural workers who lost their jobs and for the nation in general. Those who have benefited include US food and agribusiness interests, drugcartels and US banks and arms manufacturers.

The writing is on the wall for other countries because what happened in Mexico is being played out across the world under the banner of ‘free trade’.