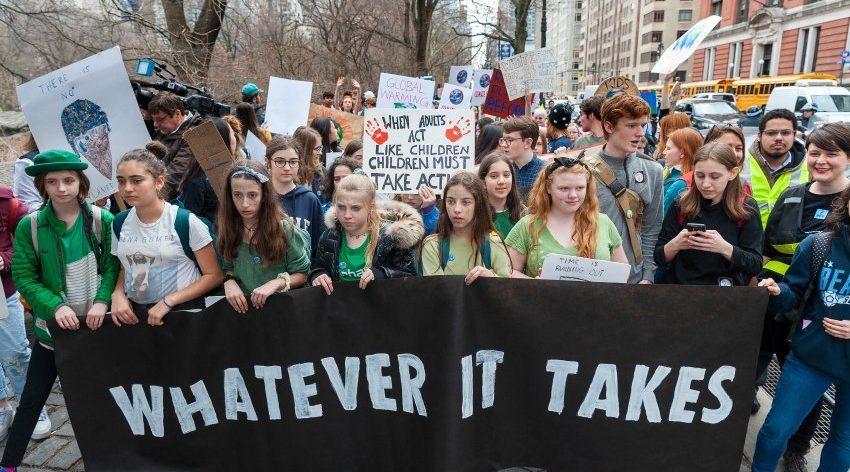 A Path to Democratic Socialism Means a Path To Climate Justice

This piece is a response to “We Don’t Have Time to End Capitalism—But Growth Can Still Be Green.​”

While the question of whether we should address capitalism first or climate change first is often posed in sequential terms, it is a false choice—though a compelling one.

One can cogently argue, as Tobita does, that the timeline to avert the worst of climate chaos is exceedingly short, much shorter than the time it would take to overthrow and replace capitalism. But one can also argue, as Ashley does, that the climate crisis is historically a symptom of capitalism, and that this has intensified since the post-war Great Acceleration of globalized production and consumption. Accordingly, the reasoning goes, we can’t deal with the climate crisis without first dismantling capitalism.

Both of these sequential framings, however, miss an important truth: The path to democratic socialism and the path to a livable planet are one and the same.

My argument recognizes what is correct in each of the sequential framings: We need to act as quickly as possible, and we need to target the root causes of climate change. But we can, and should, do both simultaneously.

Ecosocialism is a form of critique that roots environmental destruction in the imperatives of capitalism: profit-seeking, competition, endless growth, exploitation of humans and nature, and imperial expansion. In line with this trenchant critique, the strategic political insight of ecosocialism is that the most transformative approaches to addressing climate change would also bring us closer to a socialist society.

There are many examples of such a transformative approach: mass, public, zero carbon housing; mass, free, zero-carbon transit; bringing private, investor-owned energy utilities under public, democratic and community control, as well as transitioning them to renewable energy sources. These policies address environmental ills and social ills at the same time, while also freeing our political system from the clutches of planet-killing corporations. And, by violating the sanctity of property and profit, they would put us on the path towards a society centered on human need and ecological sustainability.

Perhaps most importantly, fighting both climate change and extreme inequality simultaneously is adept political strategy. For one, wealthy countries and wealthy individuals contribute a disproportionate share of emissions. And if economically precarious people do not think they have something to gain from taking urgent action on climate change, they will never commit to the scale or militancy of mobilization that is required. Just look to France’s ideologically inchoate Yellow Vests movement, sparked in response to a gas tax, to see that neoliberal climate policy without social justice at the center is a political dead end.

This is not to say that an ecosocialist strategy has no political tensions or challenges.

There will necessarily be changes in habits of consumption, habits that are by no means confined to the affluent. We need to catalyze a change in social values, wherein communal activities such as recreational sports, dancing, art projects and book clubs as well as forms of collective consumption—not only of transit and housing but of food, theater, film and much more—become valorized. We must eat less red meat, and devalue the consumption of plastic junk and latest-model cell phones and other tech that not only contribute to social alienation but are tremendously destructive to the planet: manufactured for obsolescence, shipped across great distances in carbon-spewing ships and trucks, and relying on neocolonial patterns of cheapened nature and labor in the Global South. And we need to ensure that redistribution and the public provisioning of goods and services like transit and healthcare would offset the increased costs of some consumer items.

The greatest challenge will be building a mass movement ready to take militant action to threaten and disrupt economics and politics as usual, with all the backlash from the ruling class and neoliberal establishment such a movement will provoke. There are inspiring examples to draw on, from pipeline resistance at Standing Rock to the recent wave of teachers’ strikes, some of which directly involved climate demands such as taxing extractive companies or investing in green spaces.

If we fail, there will still be a future—just an awful one, full of social conflict, dislocation and violence. The impacts of climate change will be felt unequally, intensifying inequality along the lines of class, race, nationality and geography. The national and global 1% will protect themselves from rising seas, extreme temperatures and resource scarcity by any means necessary, erecting border walls and fortresses while the rest of us suffer. The question of climate change, as the editors of n+1 have pointed out, is who gets to live—and under what circumstances.

The choices are ecosocialism or eco-apartheid.