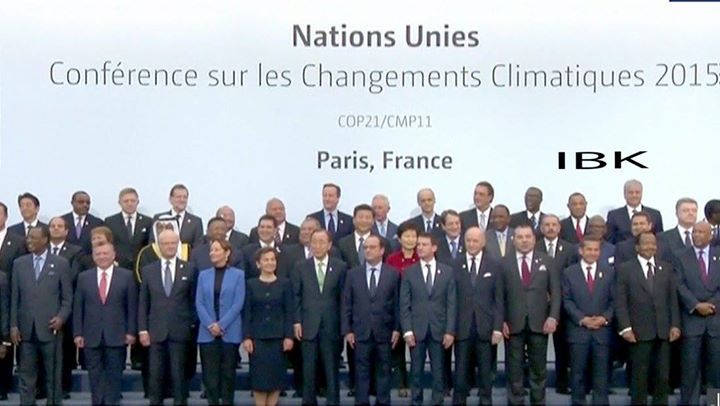 Paris Agreement: Why the developing nations need to worry

After more than two weeks of intensive deliberations and negotiations, COP21 in Paris concluded with a standing ovation. 196 participating nations agreed upon the long-term goal of achieving temperatures “well below” the 2 degree Celsius over the pre-industrial levels and a consensus was reached to strive for an ambitious limit of 1.5 degrees. However, beyond all these promises and aspirations, the likelihood of achieving such targets is a remote possibility because the nations need to do much more than they have promised and their promises are not even legally binding.

Striving for the right balance

One of the key issues before the COP21 was to strike a balance while keeping the aspirations of all the participants in focus. The Paris Agreement does not demarcate between the developed and the developing worlds, unlike the UNFCCC itself and the Kyoto Protocol. However, it does take the historical background of the greenhouse gas emissions mostly from the developed nations into consideration while fixing the responsibility of reducing their emissions after a peak has been reached by them. This means that the ‘common but differentiated responsibility’ (CBDR) principle still remains fundamental to the fight against climate change. Interestingly, to make the developed nations happy, the agreement expects the emerging economies to contribute on a voluntary basis, whenever they can. This has been one of the key achievements of the developed nations, which wanted the developing nations to share the responsibility of emission cuts with them. The burden has somehow been shifted onto the shoulders of emerging nations led by India and China. That may turn into a bone of contention once the agreement comes into force and a review process follows as per the agreement.

Aiming for 1.5C, an impossible target

An important achievement of the conference is the consideration of the 1.5 degree Celsius limit as an important target to protect the low-lying island nations from rising sea levels. This is again a long-term goal and the intent is to help to reduce and finally eliminate our dependence on fossil fuels. The Intergovernmental Panel on Climate Change (IPCC) has been given the task to produce a report for 2018 on how to achieve this limit. However, the main target to achieve remains the 2 degrees Celsius over pre-industrial levels. For the low-lying island nations, which are more vulnerable to rising sea levels, this is a victory, but without anything to celebrate. According to the experts, even if the nationally determined contributions (NDCs) are achieved, the emission targets at best can limit the temperature to below 3 C. This will mean that the looming climate disaster may not be averted even if all goes according to the plan, and this will be a huge setback to the efforts that the nations will put up to comply with provisions set in the agreement.

Curbing the emissions may not be enough

The agreement welcomes the intended nationally determined contributions (INDCs), although they are not legally binding, but it recognizes that the NDCs may not be enough to achieve the 2 degree Celsius limit. These contributions will be reviewed after a gap of every 5 years. The first stocktake will happen in 2023. This will review and determine the updating and enhancing of the NDCs and actions taken by the respective countries for emission control. But, there are no provisions of penalty if a country misses the national contribution; that is one of the drawbacks of the agreement.

For developing nations, the matter of concern is their ever-increasing energy needs, which are here to stay for longer than we can imagine. Not surprisingly, India and China thus were seen as the key players all through the negotiations in Paris. The agreement reached at the end does not take this aspect into consideration, as the language used is more suitable to the cause of developed nations, which somehow wanted the emerging economies to share the burden and responsibility for emissions. Though it will be on a voluntary basis, we in the developing world have agreed to something that we have not caused and that is a loss.

As per Article 9 of the agreement, “Developed country Parties shall provide financial resources to assist developing country Parties with respect to both mitigation and adaptation in continuation of their existing obligations under the Convention.” This means that the developed nations will continue their support and provide around $100 billion annually in climate finance to the developing nations by 2020. The amount, however, does not find any mention in the agreement as such. This again will be a floor amount which will be revised and increased as may be necessary. The agreement also fails to establish a mechanism to ensure that the developed nation provide proper and adequate support to the developing nations for adaptation of cleaner energy resources.

The agreement mandates a review process, tentatively every 5 years, for stocktaking the NDCs. The EU is already pressing for a 5 year review, monitoring and verification of NDCs. Targeting India and China, the EU has reiterated the inadequacies of NDCs to achieve the 2 C temperature limit. Interestingly, the developed nations are likewise to undergo a review on their contributions, and capacity-building of developing nations and this is more important, historically and morally. In the coming years, the developed nations need to ensure the developed nations undergo the similar procedure and scrutiny.

This is an interesting part of the agreement, as far as the small island countries are concerned. The issue of loss and damage caused by the rising sea levels has been recognized by the agreement. However, the US opposition has rendered it toothless, since no compensation or liability can be fixed under the agreement for this.

By 2020, the Paris agreement will replace the current in force Kyoto Protocol.  The agreement will be open for signature at the UN headquarters in New York from April 22, 2016 to April 21, 2017. The success of the agreement hinges on the acceptance, ratification or approval process which will be taken by the countries. It will need at least 55 countries to sign to bring the agreement into force. Once this is done, the countries will have to keep the emission control at the back of their minds, while framing their respective future fiscal policies, and that is a tough task to undertake. A major concern for the developing world will be alignment of their national goals with the NDCs. What will be challenging is to adopt the NDCs while keeping the pace of development and progress from slowing down.

A promise difficult to keep

The Paris agreement at best can be called a ‘great start.’ It leaves a lot to achieve and has many loopholes. It is ambiguous, non-binding on some matters of utmost importance, and above all the targets set by the countries may not be sufficient enough to achieve the long-term goal of 2 C limit. Yet it has kept our hopes alive: all the countries have shown their intentions to take measures to curb this global problem. The review process will take stock of the contributions of the countries and thus will provide an opportunity to take the targets into consideration and whether a country needs to do more to curb the emissions. The developed nations will continue their efforts to put more pressure and responsibility on the emerging nations. However, the developed nations will have to lead in this fight and support others in doing so with utmost honesty. Otherwise the Paris Agreement will remain nothing more than an odd, obscure 31-page document somewhere on the shelves of the libraries.

Abdul Basit Gania is a lawyer based in Bangalore, India. Basit has a bachelor of laws degree from Indian Institute of technology (IIT), Kharagpur and an MSc in Environmental Botany from Hamdard University, New Delhi. Basit writes on issues like climate change, foreign policy, and conflict zone politics. Find him on Twitter at @NevermindBasit.