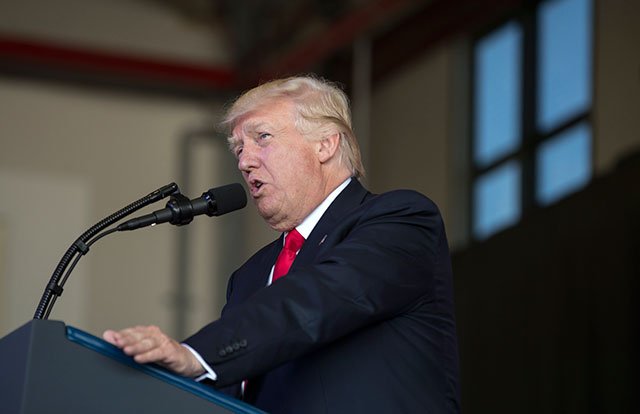 A large number of climate experts believe the Paris Climate Accord does not go nearly far enough in addressing the crisis of abrupt anthropogenic climate disruption (ACD).

Nevertheless, in what is clearly both a symbolic move and a nod to his fossil fuel backers, Donald Trump will be pulling the US out of the agreement, according to several reports today.

The US, along with nearly 200 other countries, agreed to voluntarily reduce its greenhouse gas emissions in 2015. Interestingly, given the ongoing Russia scandal that is plaguing the White House on a daily basis now, withdrawing from the Paris climate agreement will make the US and Russia the only industrialized countries that reject taking action to mitigate ACD.

Trump’s move displays a callous disregard for the future of life on Earth. A recently published study showed that the depletion of dissolved oxygen in Earth’s oceans is occurring much faster than previously believed. Hence, ACD is now recreating the conditions that caused the worst mass extinction event on Earth, the Permian mass extinction that took place approximately 250 million years ago and annihilated 90 percent of life. Dramatic oceanic warming and acidification were key components of this extinction event, and these conditions align with what we are seeing today.

In the US, a recent report states that it is “inevitable” that the contiguous US will lose all of its glaciers by 2050, a mere 33 years from now. Data from a January US National Oceanic and Atmospheric Administration report show that the federal government has increased its worst-case scenario for sea-level rise to up to an average of more than eight feet by 2100. That amount of sea level rise will render large parts of many global coastal cities, including several in the US, uninhabitable.

As Trump geared up to pull out from the Paris agreement, scientists have stated the obvious: The Earth is likely to reach dangerous levels of warming even sooner if Trump withdraws the US from its promise to cut CO2 emissions.

Scientists have said that the US withdrawal could add up to 3 billion tons of CO2 into the atmosphere on an annual basis. Over time, that will be enough to melt ice sheets faster, trigger more extreme weather events and raise sea levels even more quickly.