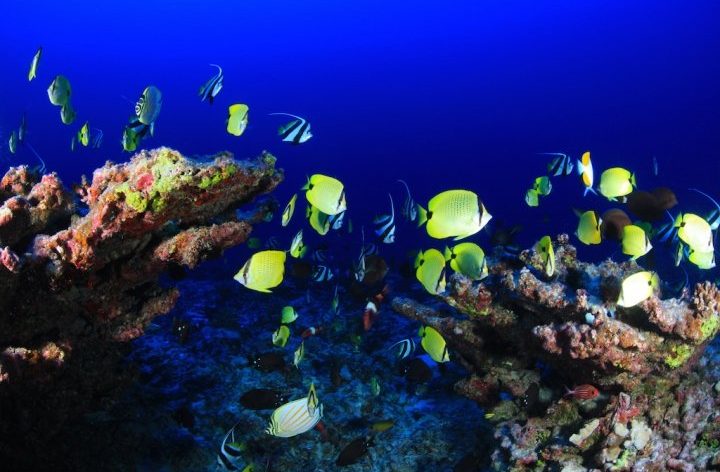 The world’s oceans could face a massive reshuffling by the end of the century – the likes of which hasn’t been seen in as many as 3 million years – due to warming waters.

Changes are already afoot in the oceans. Roughly 93 percent of the heat trapped by human greenhouse gas emissions is ending up in the world’s seas and already contributing to changes from slowing plankton growth to recent incursions of tuna near Alaska, thousands of miles from their normal range.

The findings come from a new study published in Nature Climate Change, which looks at future climate projections and the distant past when 60-foot sharks prowled the oceans, sea levels were 100 feet higher and the globe was about 11°F hotter. Oh, and humans weren’t around, either.

There’s one major similarity between our current period and 3 million years ago, a period known as the Pliocene: the amount of greenhouse gas concentrations in the atmosphere. It’s a trait that makes it a powerful comparison for what the next century may have in store unless humans cut their greenhouse gas emissions.

“What we have found is that if we constrain global warming by less than 2°C, ocean changes will be relatively benign on the global scale,” Grégory Beaugrand said. “But if we are above this threshold, we will have a huge reorganization of marine biodiversity.”

Beaugrand is an ocean researcher at the French National Center for Science Research and lead author of the new report, which shows that if greenhouse gas emissions continue unabated, up to 70 percent of world’s oceans could see biodiversity shifts unprecedented in modern times.