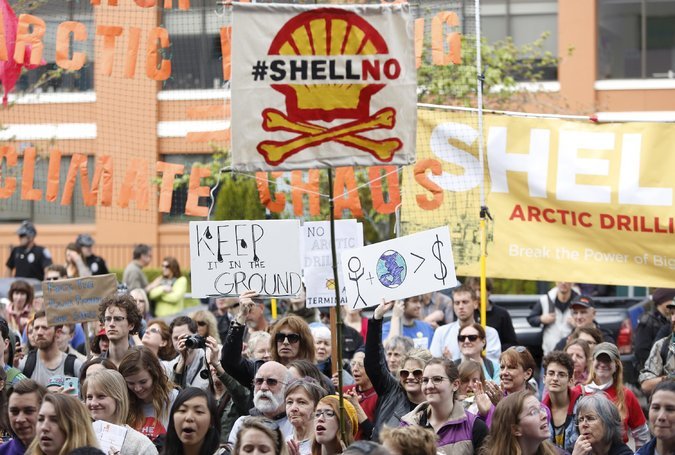 MIDDLEBURY, Vt. — THE Obama administration’s decision to give Shell Oil the go-ahead to drill in the Arctic shows why we may never win the fight against climate change. Even in this most extreme circumstance, no one seems able to stand up to the power of the fossil fuel industry. No one ever says no.

By “extreme” I don’t just mean that Shell will be drilling for oil in places where there’s no hope of cleaning up the inevitable spills (remember the ineptness of BP in the balmy, accessible Gulf of Mexico, and now transpose it 40 degrees of latitude north, into some of the harshest seas on the planet).

No, what’s most extreme here is the irresponsibility of Shell, now abetted by the White House. A quarter century ago, scientists warned that if we kept burning fossil fuel at current rates we’d melt the Arctic. The fossil fuel industry (and most everyone else in power) ignored those warnings, and what do you know: The Arctic is melting, to the extent that people now are planning to race yachts through the Northwest Passage, which until very recently required an icebreaker to navigate.

Now, having watched the Arctic melt, does Shell take that experience and conclude that it’s in fact time to invest heavily in solar panels and wind turbines? No. Instead, it applies to be first in line to drill for yet more oil in the Chukchi Sea, between Alaska and Siberia. Wash, rinse, repeat. Talk about salting wounds and adding insult to injury: It’s as if the tobacco companies were applying for permission to put cigarette machines in cancer wards.

And the White House gave Shell the license. In his first term, President Obama mostly ignored climate change, and he ran for re-election barely mentioning the subject until Hurricane Sandy made it unavoidable in the closing days of the campaign.

Theoretically his second term was going to be different. The president has stepped up the rhetoric, and he’s shown some willingness to go after domestic greenhouse gas emissions. His new regulations on coal-fired power plants will be helpful, as will his 2012 rules on fuel efficiency for cars and trucks. And his nonbinding pledge that America will cut emissions in future decades may make the upcoming climate talks in Paris less of a fiasco than earlier talks in Copenhagen.

But you can’t deal with climate on the demand side alone.