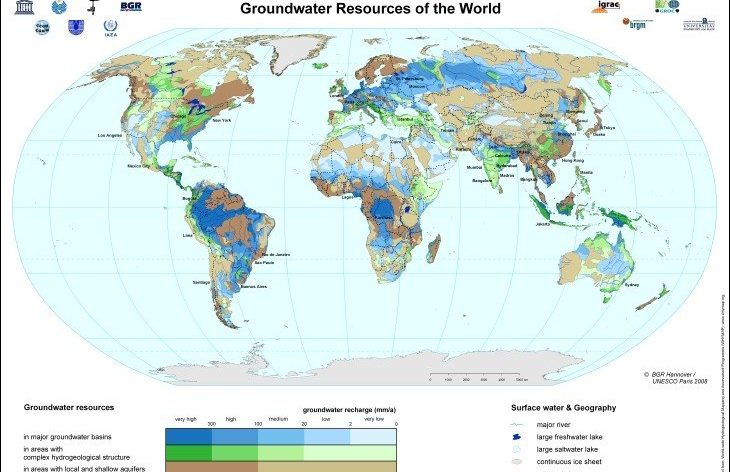 The world’s largest underground aquifers – a source of fresh water for hundreds of millions of people — are being depleted at alarming rates, according to new NASA satellite data that provides the most detailed picture yet of vital water reserves hidden under the Earth’s surface.

Twenty-one of the world’s 37 largest aquifers — in locations from India and China to the United States and France — have passed their sustainability tipping points, meaning more water was removed than replaced during the decade-long study period, researchers announced Tuesday. Thirteen aquifers declined at rates that put them into the most troubled category. The researchers said this indicated a long-term problem that’s likely to worsen as reliance on aquifers grows.

Scientists had long suspected that humans were taxing the world’s underground water supply, but the NASA data was the first detailed assessment to demonstrate that major aquifers were indeed struggling to keep pace with demands from agriculture, growing populations, and industries such as mining.

“The situation is quite critical,” said Jay Famiglietti, senior water scientist at NASA’s Jet Propulsion Laboratory in California and principal investigator of the University of California Irvine-led studies.

Underground aquifers supply 35 percent of the water used by humans worldwide. Demand is even greater in times of drought. Rain-starved California is currently tapping aquifers for 60 percent of its water use as its rivers and above-ground reservoirs dry up, a steep increase from the usual 40 percent. Some expect water from aquifers will account for virtually every drop of the state’s fresh water supply by year end.

The aquifers under the most stress are in poor, densely populated regions, such as northwest India, Pakistan and North Africa, where alternatives are limited and water shortages could quickly lead to instability.

The researchers used NASA’s GRACE satellites to take precise measurements of the world’s groundwater aquifers. The satellites detected subtle changes in the Earth’s gravitational pull, noting where the heavier weight of water exerted a greater pull on the orbiting spacecraft. Slight changes in aquifer water levels were charted over a decade, from 2003 to 2013.