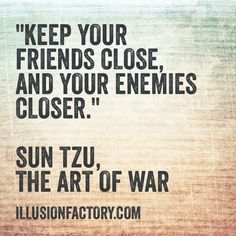 My enemy’s enemy is my friend

Like many other leftists working in labor or community organizations, I have long struggled to understand the role I can play in building a larger left movement. I have spent nearly a decade organizing for the Service Employees International Union (SEIU) and have only recently caught a glimpse of what a vibrant and popular leftist practice could look like.

In this analysis, I take inspiration from Antonio Gramsci’s ideas. He described a “war of position”—a protracted revolutionary effort to create an anti-capitalist hegemony—as a methodology for anti-capitalists in advanced industrial countries. Counter-hegemony is a process, built by concrete effort both through political education and political action. As a labor union organizer, I have become quite skilled at political action, but not at political education.

Gramsci himself led education efforts in the factories where he organized. Others, like Paulo Freire, have envisioned a “popular education” that starts with the concrete lived oppression of people under capitalism, but ends with a revolutionary analysis. Myles Horton, in The Long Haul, described periods of upheaval from social movements as “movement times” and the decades in between as “organizational periods.”1 He identified the main work in between movement times as political education—a necessary effort to both prepare for, and to help push, a movement time as far it can go.

One alignment of organizations in Minnesota—Minnesotans for a Fair Economy (MFE)—has the potential to be part of such a counter-hegemonic process. On a day-to-day basis, member organizations of MFE organize people to confront their bosses and banks, as well as the corporations holding back their communities. On a sporadic basis, the member organizations come together to create a new narrative of what kind of a world we want.

While none of the MFE member organizations can be categorized as revolutionary organizations (or followers of Antonio Gramsci), they have created a shared analysis of how to address social injustices by increasing popular control over the economy. The shared analysis MFE has created has led its member organizations to move away from concerns with specific employers or corporations and towards an understanding that it is a broader economy that drives the actions of each corporation. There exists within this the potential for an even deeper analysis that looks at capitalism as the root problem.

It was in a MFE “week of action” that I first began to understand how the process of creating a counter-hegemony might play out in practice.