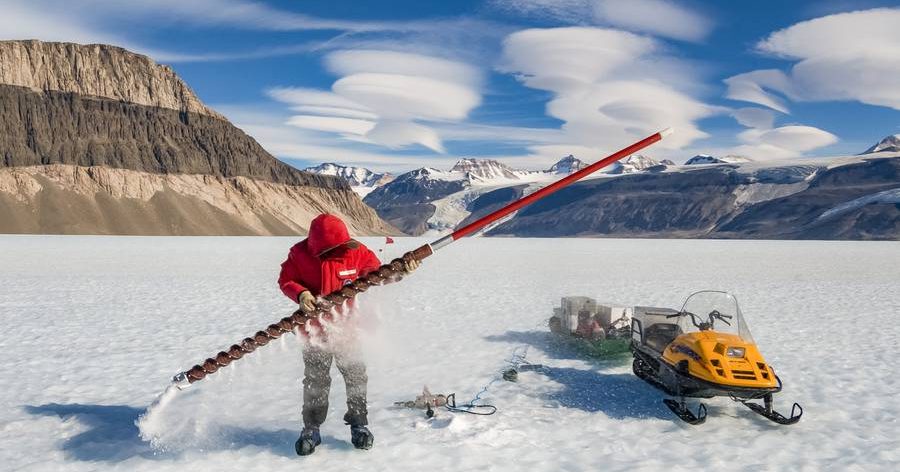 In a new study just published in major journal Nature drawing on ancient evidence trapped in an Antarctic glacier, scientists suggest industrial emissions of methane could be far greater than first realised.

But the team also found that, contrary to fears, the risk of climate change triggering the mass release of methane from large natural reservoirs of ancient carbon appears to be low.

Today’s atmosphere contains methane that is emitted naturally – from wetlands, wildfires, or ocean and land seeps – and methane emitted from human activities like fossil fuel extraction and use, raising livestock, and generating landfills, with human-emitted methane accounting for 60 per cent or more of the total.

While scientists are able to accurately measure the total methane level in the atmosphere and how this has changed over the last few decades, attributing emissions to specific sources has been challenging.

However, what the team has uncovered could make industrial methane a bigger priority for policymakers working to meet climate targets.

Their findings span back to a 2011 expedition to Antarctica’s Taylor Glacier, and six years of complex laboratory analysis.

Every year that it snows on the frozen continent, the current snow layer weighs on the previous layer, compacting over hundreds or thousands of years to eventually form layers of ice which contain air bubbles that act as tiny time capsules.

Using vacuum pumps and melting chambers, researchers are able to extract the ancient air contained within these bubbles and study the chemical compositions of the ancient atmosphere.

Because mankind didn’t begin using fossil fuels as a primary energy source until the Industrial Revolution in the 18th century, 12,000-year-old ice cores contain no fossil methane produced by humans.

As natural geologic methane emissions of the past are thought to be comparable to natural emissions today, studying ice cores allowed researchers to accurately measure these levels, separate from their anthropogenic counterparts.

Scientists, led by Assistant Professor Vasilii Petrenko, of the University of
Rochester in the US, spent seven weeks at the glacier harvesting a tonne of the ice to produce 100 litres of ancient air.

Once the air had been extracted, scientists at New Zealand’s National Institute of Water and Atmospheric Research (Niwa) processed the sample to isolate the pure methane – a procedure resulting in a sample equal in size to a drop of water, with only every trillionth molecule containing a radiocarbon atom.

The sample was then sent to a highly specialised laboratory in Australia for radiocarbon dating.

“We pushed the limits of our instruments to new levels and then analysed how that minute quantity changed 11,000 years ago,” Niwa atmospheric scientist Dr Hinrich Schaefer said.

“This enabled us to calculate how big the emissions of fossil methane were at a time before industrial activities and how this responded to rapid warming at the end of the last ice age.”

Results showed the amount of methane escaping naturally from gas fields was three to four times less than previously estimated.

Further, when the climate warmed in the past, methane was not released from ancient carbon reservoirs like permafrost or undersea gas hydrates, so would not be a factor in future climate change.

“We have a reasonable idea today of the total amount of methane coming out of oil and gas fields but how to split that up between natural seepage and industrial emissions is very difficult.”

Until now, the best guess had been that industrial methane output was twice as much as natural.

“However, from this research we know that there is very little natural emission.

“In fact, our higher limit is a lot less than what has been regarded even as the lowest possible estimate.

“Consequently, the industrial emissions have been underestimated by about half their size.”

Schaefer said it was crucial to understand where methane came from and how human activity could change atmospheric levels of it.

“So it gives us a warning of where we have to put in more effort and where we can make a difference.”

The landmark study follows another led by Schaefer and showing how rising methane levels since 2007 were most likely due to agricultural practices, and not fossil fuel production as previously thought.

New Zealand has the world’s largest methane emission rate – six times the global average – and this primarily comes from enteric fermentation in ruminant livestock, with sheep the greatest single source.

“This latest research shows we have to target both fossil fuel and agricultural emissions,” Schaefer said.

“Agriculture has been playing a large role in recent years, but it is also essential to target fossil fuel emissions because historically they have had a bigger impact than we thought they had.”