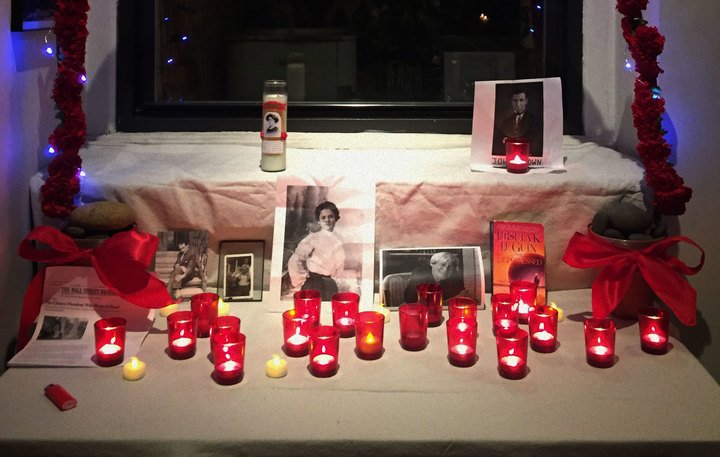 It’s no wonder that many leftists have mixed feelings about holiday festivities, given their link to oppressive institutions and crass cooptation by capitalism.

Celebrating the virgin birth of a male deity who was to become king can be alienating for those who have anti-hierarchal, feminist values, and likewise many anti-Zionist internationalists struggle with ethno-nationalist expressions of the Passover holiday.

Secular, national holidays like the 4th of July and Thanksgiving are even more offensive, as they enact a false and incomplete narrative of the US’s settler colonial past.

Nearly every holiday has also become an excuse for marketers to pressure people to shop (Black Friday and Christmas most notoriously), while the temptingly secular New Year’s Eve often feels like a joyless mandate to get drunk and pretend to be having fun.

The looming prospect of political arguments over the dinner table with family adds another dimension to our mixed feelings about the holidays.

However, it’s worth thinking about what holidays and rituals mean, or could mean, for the left. Rituals and holidays serve strong emotional, social needs. Taking time to gather with loved ones, marking the seasons and the passage of time, reflecting on the year past and setting hopes for the year ahead — all of these are positive things that are just as relevant to leftists as anyone else.

While rituals and holidays are most commonly used to affirm exclusive national, ethnic, and religious identities while upholding the authority of oppressive institutions from church to state, it doesn’t have to be this way. By structuring our holidays around anti-capitalist, anti-racist, and anti-oppressive values; and centering narratives of liberation, solidarity, and perseverance within our communal rituals, we can turn them into important sources of strength and community….