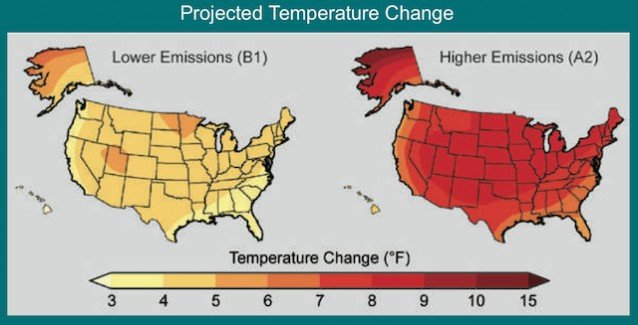 Landmark report warns time is running out to save U.S. from climate catastrophe

The National Climate Assessment is the definitive statement of current and future impacts of carbon pollution on the United States. And the picture it paints is stark: Inaction will devastate much of the arable land of the nation’s breadbasket — and ruin a livable climate for most Americans. “Americans face choices” explains the Congressionally-mandated report by 300 leading climate scientists and experts, which was reviewed by the National Academy of Sciences. We’re already seeing serious climate impacts — such as more extreme heat waves, droughts, and deluges — and additional impacts are “now unavoidable.” But just how bad future climate change is “will still largely be determined by choices society makes about emissions.”