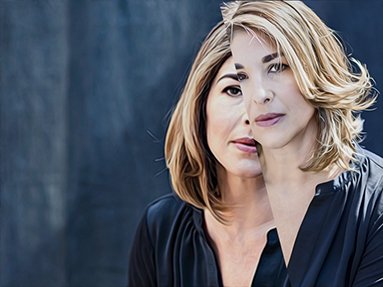 Out of the Woods |  New Inquiry  | August 31, 2015
Share
FacebookTwitterEmail

This Changes Everything is a book capacious enough to allow Naomi Klein two positions at once. But a real climate-justice movement will at some point have to make choices.

Naomi Klein’s success pulls her in two directions. To some, her decades-long failure to produce “proper” theory as well as writing scintillating and successful books has been an affront. On her Reddit AMA she’s said her writing “will never be enough for hyper-sectarian Marxists, and I’m cool with that.” Perhaps it was her bad luck that Slavoj Žižek had begun to use the phrase “shock therapy, in the Naomi Klein sense.” Both No Logo, published just after Seattle’s WTO conflagration in 1999, and 2007’s The Shock Doctrine, which named “a fifty-year campaign for total corporate liberation,” were seminal, highly readable accounts of consumerism and neoliberalism, and (primarily) vindications of mostly unvictorious struggles against their encroachment across the globe, in which she participated. The anglophone world is now just beginning to digest her latest, an ecological magnum opus, and its eagerly anticipated castigation of the mainstream environmental movement.

Klein’s Twitter bio now claims “they say I’m polarizing.” In fact, the responses to This Changes Everything: Capitalism Vs. The Climate, have been unequivocally enthusiastic. The New York Times published one such, which asked only: “what’s with the subtitle? (…) Klein is smart and pragmatic enough to shun the never-never land of capitalism’s global overthrow.” Even the right-wing Telegraph was content to praise someone it clearly saw as “no advocate of socialism.” Opening This Changes Everything, Klein says that “this is the hardest book I’ve ever written, precisely because the research has led me to search out such radical responses.” Yet these radical responses have been warmly embraced by the center. The establishment, if it is trembling, is hiding it well.

Indeed, her difficulty writing it seems to have led to apparent contradictions. Klein supports proposals to create millions of green jobs and liberate people from work. She advocates rapid fossil fuel abolition and a welfare state funded by taxes on fossil fuel profits. She takes aim at the profit motive and endorses small local businesses as the fabric of the community. Rather than make accusations of confusion or hypocrisy, let’s take seriously her claim to have been pushed into radical positions by the urgency and severity of the climate crisis, and propose that, instead, two divergent Naomi Kleins have been formed who together make up the author of This Changes Everything.

The major Klein, whose voice dominates the text, is an idealist talking in terms of moral values, who’s for an embedded liberalism and a redistributive state. This Klein wants to create massive amounts of dignified work for families, support small local businesses, think of the children, and unite left and right to clean up corruption and get corporate money out of politics. Major Klein tends towards explanations of social phenomena in terms of moral failings: The reckless pursuit of profit is a result of “greed,” and so the economic crisis was “created by rampant greed and corruption.”

But there’s another, minor, Klein who finds her voice in scattered and inchoate moments throughout This Changes Everything. This Klein’s a radical realist talking in terms of raw power and material interests; she, for her part, stresses “only mass social movements can save us now,” advocates a “basic income that discourages shitty work,” proposes workplace occupations, blockades and neighborhood assemblies, hints at a regenerative politics of the nonfertile, and is disillusioned with even “enlightened” politicians, whether in the US or in Bolivia and Ecuador. While these two Kleins might be a readerly construct, it’s a charitable one that helps identify the critical points where pro- and anti-capitalist climate politics part company.

Major Klein uses the word “reckless” a lot and rails far more against deregulated capitalism and market fundamentalism than against capitalism or markets per se. This Klein advocates “dignified work” and valorizes climate action as a “massive job creator” for “good clean jobs.” Climate change, here, even offers the opportunity to finish the “unfinished business” of civil rights and decolonial struggles at the level of their perceived demand for the right to work: It “could bring the jobs and homes that Martin Luther King dreamed of; it could bring jobs and clean water to Native communities.” And, unsurprisingly, “the resources for this just transition must ultimately come from the state,” she says, as part of a “Marshall Plan for the earth.” Where this Klein differs from the “market fundamentalists” is in understanding that market mechanisms won’t create this transition without decisive state intervention. She endorses a call, therefore, for the state to “create the market for further investments.”