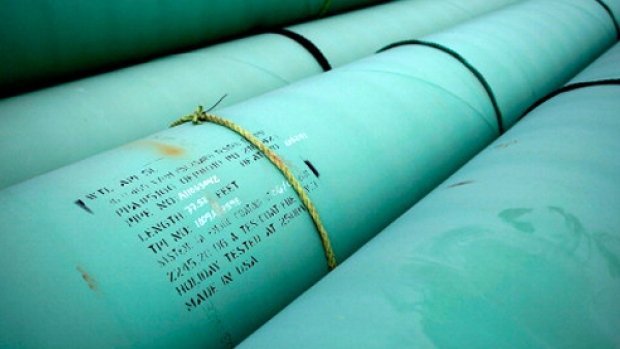 Keystone pipeline’s impact on global warming should be reviewed: EPA

The U.S. Environmental Protection Agency has urged the State Department to “revisit” how much the Keystone XL oil pipeline would contribute to global warming, saying oilsands crude produces 17 per cent more emissions than “average” crude oil.

The agency said that if the pipeline, which would ship crude oil from Canada’s oilsands to refineries along the Texas Gulf Coast, was not approved, it would be less likely that oilsands crude would find a market.

At oil prices in the $65 to $75 US a barrel range, “construction of the pipeline is projected to change the economics of oilsands development and result in increased oilsands production and the accompanying greenhouse gas emissions,” the EPA said in a statement.

‘The EPA has just reconfirmed what has been clear all along: the Keystone XL pipeline fails the president’s climate test’– Michael Brune, Sierra Club

A January 2014 environmental analysis by the State Department had concluded that the oilsands would be developed regardless of whether the pipeline was built.

“Given the recent variability in oil prices, it is important to revisit these conclusions,” wrote Cynthia Giles, assistant administrator of EPA’s enforcement office.

The comments come as the U.S. House of Representatives prepares to vote next week on the Keystone pipeline, following its approval in the Senate last week.

The bill approving the pipeline would then land on President Barack Obama’s desk. He has said he is likely to veto the bill…more