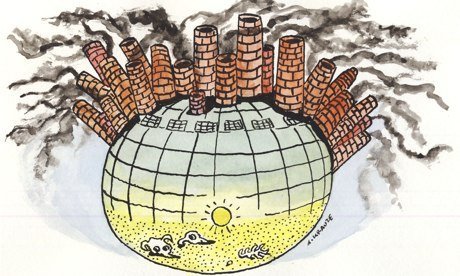 Would you enjoy the cosiness and warmth of Christmas with your children or grandchildren just that little bit less if you knew that other people’s children were dying because of it? More than four million children under five years old are now at risk of acute malnutrition in the Sahel, an area of the world that is one of the clearest victims of the rich world’s addiction to fossil fuels. About 18 million people in the Sahel – the vulnerable pan-African strip of land that runs from Senegal to Sudan along the southern edge of the Sahara – faced famine last year. Life has never been easy there. Its land is poor. Its people are often semi-nomadic, moving their animals between the grasslands. But science is increasingly pointing a hard finger at those to blame for the persistence of Sahelian drought – and it is us.