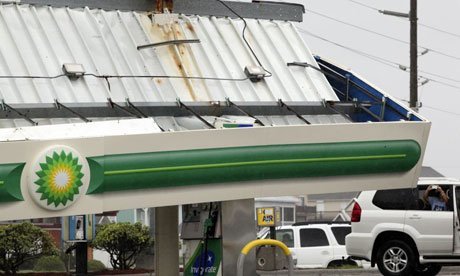 The inevitable demise of the fossil fuel empire

The latest data from the International Energy Agency (IEA) and other sources proves that the oil and gas majors are in deep trouble. Over the last decade, rising oil prices have been driven primarily by rising production costs. After the release of the IEA’s World Energy Outlook last November, Deutsche Bank’s former head of energy research Mark Lewis noted that massive levels of investment have corresponded to an ever declining rate of oil supply increase:

“Over the past decade, the oil and gas industry’s upstream investments have registered an astronomical increase, but these ever higher levels of capital expenditure have yielded ever smaller increases in the global oil supply. Even these have only been made possible by record high oil prices. This should be a reality check for those now hyping a new age of global oil abundance.”

Since 2000, the oil industry’s investments have risen by 180% – a threefold increase – but this has translated into a global oil supply increase of just 14%. Two-thirds of this increase has been made-up by unconventional oil and gas. In other words, the primary driver of the cost explosion is the shift to expensive and difficult-to-extract unconventionals due to the peak and plateau in conventional oil production since 2005.