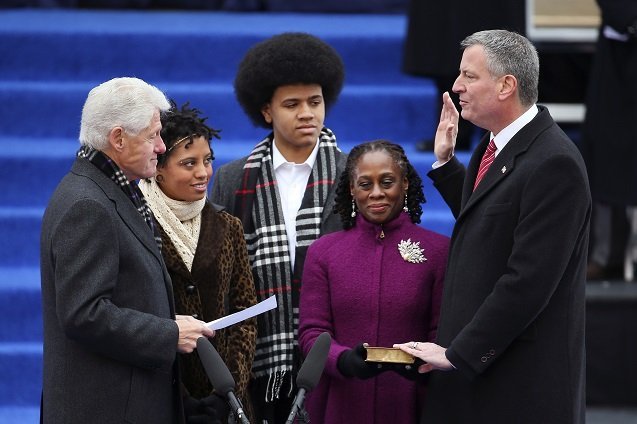 Imagine: If mayor de Blasio really were a socialist

For a lot of people lately, “socialism” is not a dirty word.  Trying to smear incoming New York City mayor Bill De Blasio by falsely calling him a socialist seems not to have hurt his campaign at all.  In fact, his support continued to grow, and he won by a landslide. Proving that socialists can be elected in America, a young woman named Kshama Sawant recently ran a bold socialist campaign for City Council in Seattle, and, with a great deal of union and community support, defeated a long-tenured Democrat.  A 2012 national Pew poll discovered that 49 percent of people younger than 29 had a favorable reaction to the word “socialism,” and the two most looked-up words in the Merriam-Webster online dictionary last year were “socialism” and “capitalism.”  Pope Francis recently described capitalism as a “new tyranny” that has created a “throwaway culture that discards young people as well as its older people.”