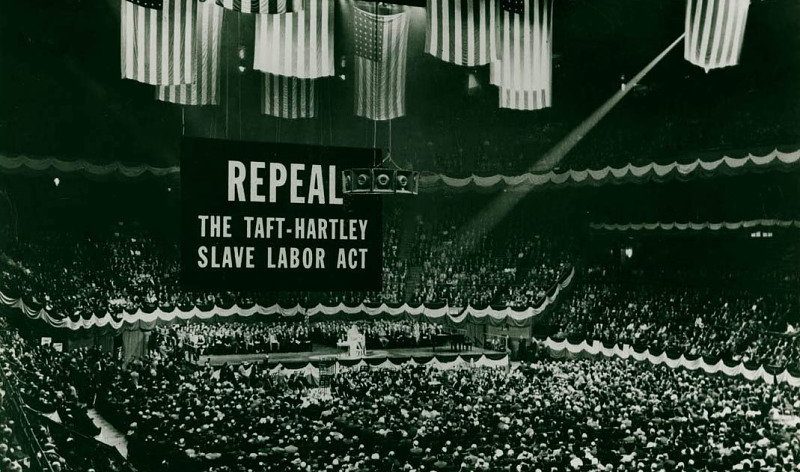 How the PRO Act Will Change U.S. Labor Law

With the news that West Virginia Senator Joe Manchin will co-sponsor the Protecting the Right to Organize Act, Labor and its allies are beginning to get a gleam in their eyes. Labor activists see the PRO Act as the key to building back a powerful labor movement. Climate activists, including the Democratic Socialists of America Green New Deal Campaign and the Sunrise Movement, see a powerful labor movement as a necessary fighting force to win a Green New Deal and necessary party in a Just Transition away from fossil fuels.

The labor law reform legislation, once deemed a moonshot, is suddenly gaining momentum. The bill has already passed the House and will require support from all 50 Demcratic Senators to put breaking the filibuster at issue. Only three Democratic senators remain on the fence: Arizona Senators Kirsten Sinema and Mark Kelly and Virginia Senator Mark Warner. DSA has organized a massive phone-banking effort aimed at getting all 50 members of the Democratic Senate Caucus on board.

Manchin’s close relationship with the United Mine Workers and his friendship with UMW leader Cecil Roberts appear to have played a major role in Manchin’s support for the bill. Manchin made his announcement at a UMW-sponsored event at which Roberts said the miners’ union would support moving away from fossil fuels if there was a transition that would provide jobs to replace those that will be lost.

The PRO Act is the biggest piece of pro-labor legislation since the passage of the National Labor Relations Act in 1935. Amid massive labor upheaval in the 1930s, the NLRA guaranteed private sector workers throughout the United States the right to organize. But, of course, powerful business interests opposed the legal protection for unions from the start. Since 1935, the wealthiest and most powerful ruling class in history has waged an unrelenting struggle to defeat the protections that workers won in the New Deal era.

Over the years, the fundamental right of workers to organize has been undercut by legislative attacks including the notorious Taft-Hartley Act of 1947, exploitation of weaknesses in the original act, and a relentless series of anti-labor court decisions.

Employers now routinely interfere with union organizing. Instead of being punished for committing unfair labor practices, employers who indulge in coercion, intimidation, disinformation, and firings to beat back organizing campaigns are rewarded with union-free workplaces. Abuses are so rampant that the International Trade Union Confederation ranks the United States just one tier above the worst nations in the world for systemic violations of labor rights.

The PRO Act would reverse many of the restrictions on labor rights that have resulted in less than 6½% of the private sector workforce having union representation. The PRO Act addresses the obstacles to organizing with corrective measures as varied as the rules that are standing in our way.

The PRO Act would:

Along with these key reforms, the PRO Act will remove many other barriers to workers organizing for democracy in the workplace and in society.

The vision of industrial democracy espoused by the authors of the original National Labor Relations Act has yet to be realized. As the law has been progressively weakened over the past 85 years, the time for a major overhaul has arrived.

A vibrant union movement would make for greater equality, more grassroots power in communities, and a social and political base for the sweeping and transformative change envisioned in a radical Green New Deal. 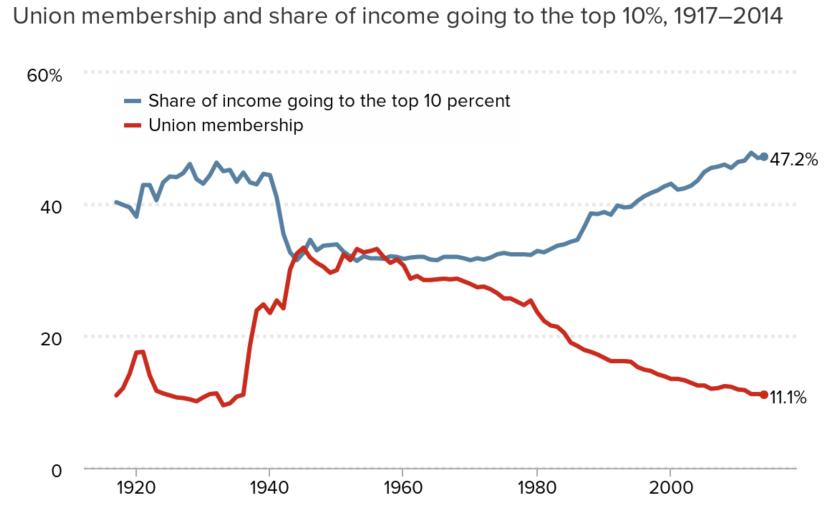 Ted Franklin is a retired labor lawyer, member of the National Writers Union, coordinator of System Change Not Climate Change, and member of the Democratic Socialists of America Ecosocialist Working Group.