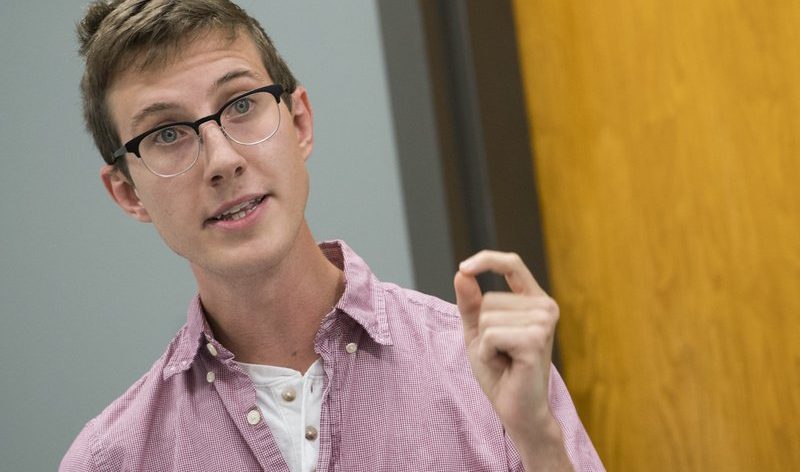 How capitalism is killing the environment

In recent months, we’ve seen a slew of environmental catastrophes. From Southeast Asia to North Africa to North America, disasters that took place once in hundreds of years are now happening with stunning regularity and at great cost to human life.

Syracuse University’s International Socialist Organization offered some answers as to where this catastrophe is coming from at an on-campus talk Wednesday night titled Un/natural disasters: How Capitalism is Destroying the Planet.

I noticed two central themes in the talk, given by ISO member Brandon Daniels. The first was how capitalism’s incessant drive for profit fuels a misuse of planetary resources without regard for environmental impact. The second was that natural disasters are not truly natural. Disaster preparedness and response mimics the same inequalities found in the rest of capitalist society.

The conflict between sustainability and profit comes from the competitive nature of capitalism. Essentially, if a company is not cutting corners to reduce costs, its competitor will.

This process is enabled by an unequal decision-making process. A few executives make decisions about our natural resources and economy while the rest of us are left to deal with the results, Daniels said in his talk.

In addition, afflicted communities do not have a say in when waste goes in their communities. Minority and poor communities disproportionately have processing plants, refineries, dumps and pipelines in their backyards while the rich live in relative safety.

Daniels spoke on the conditions of Houston, and how the wealthier suburbanites lived on higher ground with better infrastructure than those living in the inner city. In addition, there is a lack of infrastructure designed to help people evacuate. Houston mayor Sylvester Turner claimed an evacuation was not feasible after Harvey hit.

“If you think the situation right now is bad, you give an order to evacuate, you are creating a nightmare. Especially when it’s not planned,” Turner told ABC News.

One must ask why there was no planning in the first place. One must also ask why the government has continually approved expansive construction projects on flood plains. Why the petrochemical industry — the biggest industry in Houston — could operate in a gray area with few regulations and safety precautions. We will likely continue to hear about the industry’s resulting pollution from Harvey for years to come.

This consistent lack of preparedness leads to the private industry profiting off of evacuation attempts. Plane tickets out of Miami that normally go for $350 rocketed up to over $3000 in the wake of Hurricane Irma. This is just one of many price-gouging efforts in response to recent crises.

Private industry also profits off human suffering after crises. In the wake of Hurricane Katrina in New Orleans, billions of dollars in development funds went missing, with the city’s working class footing the bill. Families that had lived in New Orleans for generations were forced out as businesses aggressively gentrified the city during redevelopment.

So long as we are living under capitalism, corporations will continue to race to the bottom in a bid to exploit the planet most efficiently. This race is unwinnable. Continuing our race — the human race — requires environment-minded cooperation.

Sam Norton is a senior advertising and psychology dual major. His column appears biweekly. He can be reached at sanorton@syr.edu.