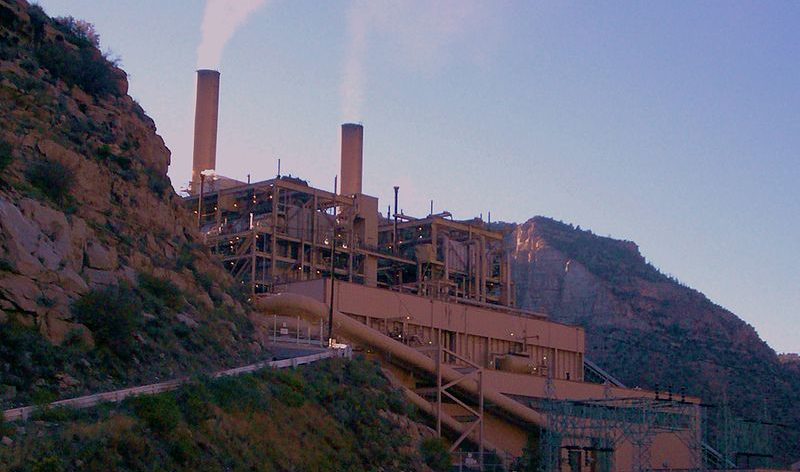 Has “King Coal” been dethroned?

The coal industry is dying, and they are desperately trying to place the blame for their impending doom on someone other than themselves. The world around them is changing, and the industry is absolutely terrified of change.

This is why they created the “war on coal” talking point many years ago. It was their feeble attempt to convince Americans that the coal industry is just trying to do the best they can while the government is trying to keep them – and by extension, their employees – down. After the 2012 election, the industry admitted that the talking point never resonated with American voters, but to this day, they will still tell the public that they are being unfairly targeted by a corrupt administration.

Earlier this month, after laying off hundreds of workers, coal giant Murray Energy told their employees that they could thank “the ongoing destruction of the United States coal industry by President Barack Obama, and his supporters” for their newfound unemployment status. Murray believes that the U.S. EPA’s new power plant emissions are to blame for their lot, and they have joined several other coal companies in filing a lawsuit to challenge the agency’s ability to enforce those rules (even though the power to regulate emissions under the Clean Air Act was granted to the EPA by the U.S. Supreme Court.)

But those who know the industry the best know better than to blame politicians for the decline. The fault lies not with the EPA or President Obama or anyone else – the reason the industry is declining is because the market is moving elsewhere.

As Lindsay Abrams at Salon.com points out, more growth is occurring in the renewable sector, along with natural gas, taking coal’s market share. She says that many of the mineable areas of Kentucky have already been stripped of their coal assets, and when this is coupled with a push for cleaner energy, coal becomes a modern day fossil that is hard to find and difficult to profit from.

Abrams is not alone in her analysis. A recent report by Carbon Tracker goes further in depth by explaining that renewable energy is beginning to see a surge of new investment.

Highlights of that report, titled “The US Coal Crash,” are below:

Coal’s problems appear to be structural rather than cyclical; accordingly, rather than betting on a cyclical upturn, investors should resist the urge to get back into the US coal sector. We doubt that “business as usual” (as it has previously been understood) will ever return, so investors should seek capital discipline from management and challenge capital expenditure on high-cost projects.

International investors should also take heed, as the same patterns may play out elsewhere. Timing of fossil fuels being superseded across the various markets will be uncertain, but investors should be cognizant of the dangers and consider their portfolios accordingly – the risk premium of fossil fuel project development has been raised.

Whilst historically economic growth in the US has consistently driven increased coal use, there is now clear evidence of a decoupling of the two. In fact, despite GDP continuing to rise, domestic coal use peaked in 2007 and has been on a declining trend since.

Carbon Tracker’s report also details the loss of revenue and bankruptcy plague that has currently taken hold of the industry, with some companies that were once massive powerhouses now seeing their net worth drop by as much as 80%.

Again, the industry wants you to believe that all of these declines are the result of bad policy from Washington. They want workers to blame President Obama for the loss of their jobs, and ignore the fact that the renewable energy sector has added four jobs for every one lost by the coal industry.