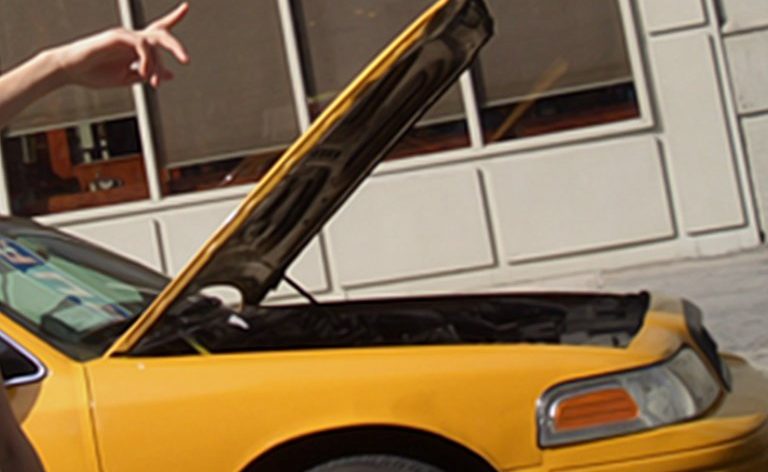 The fossil fuel-based economy seems impossible to leave behind, but it’s only as immovable as it is profitable.

Every single year, the United States alone unearths one billion tons of fossilized carbon. Over the past century and a half, the country has dug up enough of it to fill the 39 trillion-gallon Lake Tahoe with coal, or cover all of New England with a blanket of the stuff a foot deep. Nineteenth century Americans would have seen these volumes as monuments to America’s magnificence, but twenty-first century Americans are coming to see the piles as a historical trainwreck. The billions of tons of CO2 pumped into the atmosphere, hundreds of mountaintops lopped off, and thousands of coal miners with black lung or dead underground are all, instead of majesty, signs of an awful mistake we can’t seem to stop.

This trainwreck is often referred to as the “carbon economy.” The carbon economy began when the primary motive force in human industrial production, transportation, and heat production moved away from organic sources—human and animal power or water and wood power—and substituted instead fossilized carbon—coal, oil, and other fossil fuels. Calling it an economy adds some heft to the arrangement, making it harder to imagine ever altering.

But standing wide-eyed before the carbon trainwreck doesn’t lead to a better understanding any more so than standing in awe of a real trainwreck would help understand what caused it. The carbon economy is the product of history, and history means process and contingency. It means millions of trains and oil tankers that have moved through many human societies, across many different eras and political and economic situations. Where did the carbon economy come from and how did we get here? In light of the halting effort to end the carbon economy to stave off global warming, historians are looking backward—digging through the piles of wreckage—for answers.

Historians have long written about the history of energy. The very notion of a carbon-based economy relies on a cluster of other concepts like “modernity,” “capitalism,” and “industrialization.” It is a historical truism that the switch away from wood and animal power in the 19th century underlay industrialization. But the kinship between the ways of thinking about industrial capitalism and fossil fuel extraction runs deeper than that. All of these terms fall into the category of historical concepts that are at once necessary for a correct historical understanding of where we stand, and which very easily settle into seemingly immovable facts about the geologic structure of the world. Many parties concerned with change, historians and anti-fossil fuel campaigners alike, tend to think of capitalism, modernity, and industrialization as preordained processes that emerge from some logic outside of human agency and historical contingency—that they were and are inevitable.

Inevitability has dominated the popular understanding of fossil fuels. For a long time, it has been standard in world history courses to point out that in the British Isles iron ore and coal veins occur in close proximity. In the nineteenth century, this was understood as God’s providence shining down on England by endowing her with bounteous and co-located coal and iron. In the twentieth century, the story was secularized into one about the conditions “favorable” to industrialization. Coal, the more recent historians said, could be combined with local iron ore to make robust iron machines, enabling much higher labor productivity, and to make hard iron rails, allowing faster transport in the form of railroads. Iron ore and coal veins ushered in the modern world as we know it, so the story goes, and they did so first in England because England was blessed or lucky enough to have them located together. America, the industrial johnny-come-lately of the second half of the 19th century, surpassed England and all of Europe combined by 1900, but did so because it too had co-located iron and coal in Pennsylvania.

This is the tale as it has been told, but it is too neat, and younger historians aren’t buying it. One big problem for this narrative of overlapping coal and iron is that there are many countries that have the exact same geological luck. Not many of them industrialized when England did, and some of them still have not industrialized to the point that England has. Even at its most straightforward, the fable of English coal being in the right place misses crucial points about the importance of movement to the rise of coal. Ore deposits and coal veins may have been close in England, but they were very rarely literally on top of each other.

The transport of tons of coal, even for as small a distance as a mile, required a railroad to move smoothly, and railroads are large capital investments, even over quite short distances. The Pennsylvania anthracite fields were not exploited until a century after they were discovered. For the first half century of American history, coal from England was as cheap in New York as Pennsylvania anthracite. It was only when canals were built to take the coal to market that people in New York began to regularly use the coal to heat their homes. It wasn’t geologic proximity, but rather the human ability to overcome distances, that allowed nations to power industrial life with coal.

Because transportation is something that happens only if someone decides to undertake it, historians these days are trying to punch holes in the inevitability argument by looking at at the way energy was moved around in the early days of the fossil fuel economy. The Arizona State professor Christopher Jones’s new book Routes of Power is at the front of the pack. Putting transportation at the center of the story, Routes of Power makes the coming of the fossil fuel economy a more contingent story, one with human actors making decisions about how to move fuel, what sorts of social arrangements need to be in place to do so, and the efforts to bring them into being. By looking historically at the movement of energy, Jones is able to show how carbon-based economies are created by people, not simply geographical luck. In so doing, he traces the lines of escape, the moments when things might have gone differently—and, by implication, might yet go differently.

Routes of Power focuses on the development the energy transportation network of America’s industrial heartland—the mid-Atlantic states of Maryland, Pennsylvania, and New Jersey—where the early construction of a succession of coal canals, oil pipelines, and electrical wires made up an energy transportation system that was designed to shrink distances and increase the size of the market for fossil fuels. The story begins in the first half of the nineteenth century, when a group of coal boosters decided to invest in the construction of several canals in order to maintain a steady supply of anthracite coal in Eastern cities. As Jones tells it, the anthracite fields of Pennsylvania, despite their proximity to Philadelphia, had not been exploited before these canals made transportation around the several small mountain ranges much easier. Before these canals were built, coal from the anthracite fields had to be floated to the seaboard on rafts along Schuylkill River, a very difficult journey through whitewater that required expensive labor, local knowledge, and the ability to withstand heavy losses—many barges ended up depositing their coal cargo on the riverbed rather than in Philadelphia.

The coal boosters decided to trade sunk costs for sunk coal. The fixed costs of canal construction did not change much as traffic increased, meaning that any dollar of freight was very near to a dollar of profit, or, more likely, a dollar to repay the creditors who financed the canal construction. As a result, canal companies became coal marketers and regional economic developers, a process that Jones calls “supply driving demand.” They paid to develop new uses for coal, investing in ventures to use gas derived from coal in urban street lighting. And most of all, they kept the price low and the supply steady, enabling businesses in coastal, urban markets to reliably depend on their fuel for the fixtures—warm and smokeless domestic coal ovens, powerful coal-burning steamships, fast steam-powered streetcars—of a new, modern way of life. The result was ever-increasing fossil fuel consumption, all the product of the arrangement and financing of coal canals.

With a few notable exceptions, oil production and distribution followed many of the same patterns as coal. In 1859, Colonel Drake drilled the first oil well in the country in Titusville, a small town in western Pennsylvania. Oil was long known to exist in the soil under Western Pennsylvania (it seeped through the ground and was often used locally as a skin ointment), but it was not until a railroad system, and later a network of pipelines, came to be monopolized by John D. Rockefeller that the modern oil industry was born. In the two decades that followed Drake’s well, the region saw the proliferation of oil production and the development of Standard Oil, the first of the global energy giants and the target of much local business as well as labor opposition.