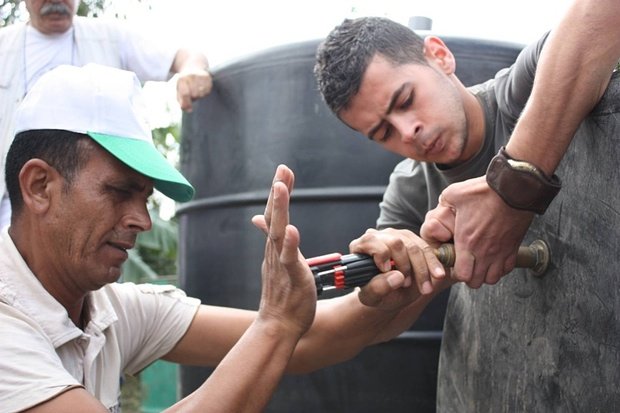 Five eco villages around the world

“In the 2000s, we felt our land was dying. We were not getting the yields we were expecting,” says Ousmane Pame, who grew up in Guédé Chantier, a village of 7,000 inhabitants in northern Senegal.

In the 1970s Chinese agricultural advisers came to the rice-growing area and taught new methods that involved a lot of chemical fertiliser.

But by 2002, the soil was seriously degraded and the villagers decided to take action. “The whole village got together for three days to reflect on the agriculture, the economy, the education, because we felt we were going through a crisis.”

Pame had been on an eco village design course in Auroville, India, and told the village chief and the whole community what he had learned; the decision was made to transition to an ecovillage, and Pame was later elected mayor.

Now Guede alternates between rice and other crops (tomatoes, onions, corn, okra) and has set up community orchards. The village has also established a centre of genetic resources to provide seeds for local species, which are distributed for free to farmers. They also get lessons on composting, seed production and organic farming. The village’s “eco-guardians” organise regular public clean-ups and theatre is used to educate people about the dangers of litter and chemical inputs in the field.

The village is also moving to renewable energy, mainly biogas. “We have lots of animals so we can use cow manure to power the biogas,” says Pame.

The government has been very supportive of ecovillages in Senegal. It is working on a project to turn 14,000 traditional rural villages into renewable energy-powered self-sufficient communities. In Mbackombel, another model eco village, the children’s academic results went up after solar panels were installed in the village school.

In 2003 the Israelis built a wall right through Hakoritna Farm, an organic farm in Tulkarm, Palestine, taking 80% of the land. To add insult to injury, they built a chemical factory next door.

“We have tried to fight the destruction non-violently, without success,” says farm owner Fayez Taneeb. “However the core of the farm has endured in the middle of all this damage.”

Taneeb and his wife decided to make their farm a model of sustainability and peace. Students come to visit the farm to learn how to build biogas tanks that convert animal manure into energy and solar dryers to preserve fruit and vegetables. They can then set them up in their own villages and refugee camps.

“By doing this we have created a movement of sustainable energy,” says Palestinian activist Aida Shibli. “It’s an extreme place. You see the contrast between dark and light.”