First Nations vow: there will be no tar sands pipeline

“We have drawn a line in the earth they cannot, and will not, cross,” said Chief Martin Louie of the Nadleh Whut’en First Nation.

There will be no tar sands pipeline.

That is the message stressed by First Nations communities who say that even if Canada’s Prime Minister Harper gives the federal OK to Enbridge’s Northern Gateway project, First Nations law and their “responsibilities to future generations” will stop the project dead in its tracks.

A federal decision on the project, which includes a 1,200-kilometer pipeline that would carry half a million barrels per day of crude from the Alberta tar sands to coastal Kitimat, British Columbia, is expected in the coming days.

Chief Fred Sam of the Nak’azdli First Nation, one of the Yinka Dene First Nations communities who have joined in opposition to the Northern Gateway, stated, “Our decision to refuse consent for the Enbridge pipeline is a decision according to our own laws. It is binding and clearly set out in the Save the Fraser Declaration.”

Thomas also noted that the opposition is not limited to First Nations. “My community and many others will uphold our Aboriginal rights and title to the fullest extent possible. And thousands of people in this province and country have committed to hold the wall with us.”

In a show of such opposition, on Sunday roughly 1,000 activists took to the streets of Vancouver to protest the Northern Gateway. Leila Darwish, Council of Canadians BC-Yukon organizer, said the demonstration showed “that we will not jeopardize our children’s future for corporate profit and that the continued infringement of Aboriginal Title, Rights and Treaty Rights will not be tolerated.”

If the government and Enbridge ignore First Nations’ rights and begin work on the pipeline, the activists will use the law to defend their land, but are also ready to put their bodies on the line.

Speaking at a news conference on Monday, according to reporting by the Globe and Mail, Grand Chief Phillip Union of the B.C. Indian Chiefs said, “First Nations have said no, and in the event that the government of Canada continues to attempt to ram this forward, we’ll move into the courtrooms.”

“I can absolutely foresee people moving on to the land in the event that the oil companies attempt to do preparatory work in terms of site preparation,” he continued.

Asked if the activists would block bulldozers, Union said, “Absolutely. There is no question about that.”

Last month 300 scientists sent a letter (pdf) to Harper calling on him to reject the federal Joint Review Panel (JRP) assessment issued in December, which gave its recommendation to approve the pipeline, saying that report was so “flawed” that it “is indefensible as a basis to judge in favor of the Project.”

In the wake of that JRP recommendation, Chief Martin Louie of the Nadleh Whut’en First Nation, speaking on behalf of Yinka Dene Alliance, stated, “We have put ourselves in the frontline for all British Columbians and together we are fighting for our homes, our future and our children’s future. We are parents, and our responsibilities to future generations are not subject to negotiation, or judgment, by others. We have drawn a line in the earth they cannot, and will not, cross.”

As to whether their efforts will be successful, Will Horter, Executive Director of the British Columbia-based Dogwood Initiative organization, writes that “legally, just one committed, persistent First Nation with a strong connection to even as small an area as one inch of the pipeline route and willing to fight to the end can stop Enbridge altogether. A pipeline with even one inch of land it cannot pass is a pipeline that will never be built.”

But for many, the fight against Northern Gateway is symbolic of the energy crossroads at which the world stands. Hannah McKinnon of Environmental Defence said in a statement, “Northern Gateway is a symbol of a future that North Americans don’t want and a future our shared climate cannot afford.”

As such, the fight against it is but one of many in the transition to a clean energy future.

An editorial from the recently launched new media site Ricochet states that the battle must not only be about killing this pipeline project from Enbridge, as it “is just one skirmish in the battle to avert climate catastrophe and to give ourselves a chance at a decent and sustainable future.”

Rather, the editorial continues, “[w]e need to tackle this issue at its roots, and build a pan-Canadian and global movement to move off tar sands oil altogether and to shift our societies off of fossil fuels.” 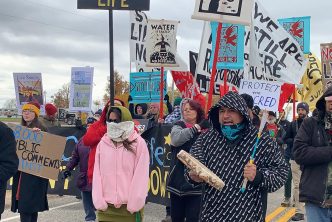 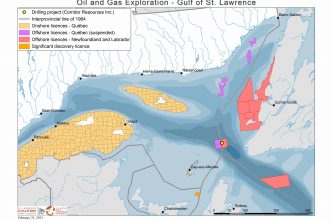 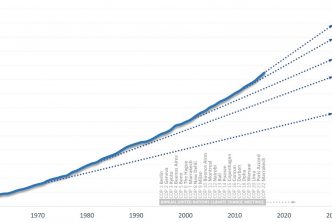 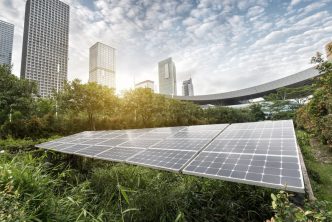 The Limits of Green Energy Under Capitalism