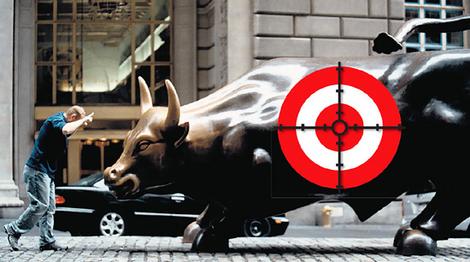 Environmental activism moves from the streets to the boardroom

A landmark report released by ExxonMobil Corp. in March 2014 indicated that activist shareholders had struck a nerve in the debate over carbon asset liabilities. It’s no longer just environmental activists who are challenging energy companies on their future production plans. Environmentally focused investment houses are flexing their significant muscle on an unprecedented scale, and refocusing part of the climate change debate on financial risk.

Projecting two billion more people on the planet by 2040, ExxonMobil expects to see a “130 per cent larger global economy and about 35 per cent greater demand for energy – which could have more than doubled without gains in efficiency.”

ExxonMobil’s report was prompted by a letter sent by Massachusetts-based Arjuna Capital last October asking the company to describe its plans to transition to a low-carbon business. Arjuna Capital, which together with its parent company represents $1 billion in assets, sent the letter as part of a larger investor inquiry to 45 large fossil fuel companies. The inquiry was co-ordinated by non-profit sustainability advocacy organization Ceres and the Carbon Tracker Institute (CTI).

As an initial response, ExxonMobil sought to block Arjuna’s letter from appearing on its proxy through a no-action request with the Securities Exchange Commission. In March, the SEC ruled in Arjuna Capital’s favor, forcing the energy producer to put the letter in its proxy. However, the investment house withdrew its demand when ExxonMobil agreed that it would file a carbon asset liability report. Two weeks after the SEC ruling, ExxonMobil submitted Energy and Carbon – Managing the Risks and then a second report entitled The Outlook for Energy: A View to 2040.

“We were happy that Exxon wrote the report,” says Natasha Lamb, director of equity research and shareholder engagement at Arjuna Capital. “However, they said they were not preparing for a low-carbon future. They believe it is highly unlikely that policy-makers will place a cap on the carbon we can burn, and that there will continue to be a high demand for oil.” The action taken by Arjuna Capital and Exxon’s response epitomize the two opposing narratives being advanced by industry and environmentally activist investors: the oil and gas industry assumes a high-while these investors assume a low-carbon future. Pressure from firms like Arjuna Capital, as well as a number of advocacy groups, has moved the debate between industry and environmentalists from the realm of public relations to investor relations.