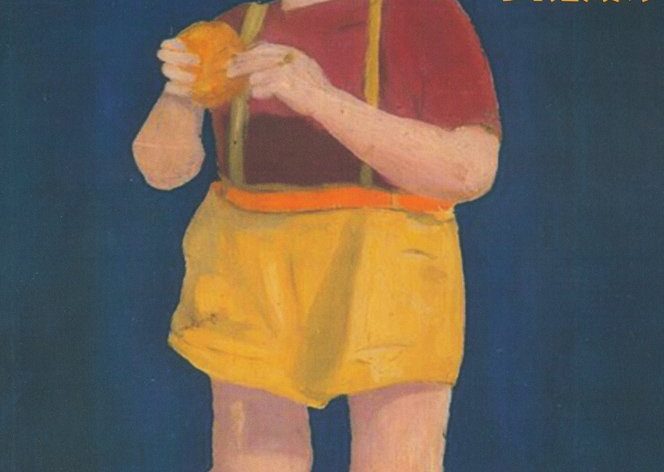 The Ecosocialism of Joel Kovel

It should be a given that no memoir is inherently “strange.” Every life is lived uniquely and has its own special qualities, drawn out at length (or not) by the writer. In The Lost Traveller’s Dream, Kovel has managed to summon up a spirit that transcends as well as living within its, or his, own time. This is a life “beyond,” something possible at any time but valuable especially in an era of collapse, catastrophe, and perhaps improbable hope.

Joel Kovel, to be brief, has been a prestigious and best-selling writer on psychotherapy, a militant left activist from the middle 1960s onward, an eco-theorist and an explorer of the world just beyond our sense perceptions. He offers us the details most precious to him, the saga of his own family (or families), his shift from one intellectual emphasis to another, his growth in politics but also his political conflicts.

Memorably, more than few times in this memory book, he steals mainstream prestige away from himself. This is not exactly self-sabotage, although careerists would surely think so. He contemplates the rewards alongside the political (and personal) costs and chooses…not to be rewarded. Indeed, he sometimes chooses to be anti-rewarded, not perversely but with political purpose.

Thus we come back to the middle class secular Jewish lad  from Long Island going off to Yale in the later 1950s. His identity group is mildly leftwing, including future New Press founder Andre Schffrin. His future is in the budding psychotherapy field, and in A Complete Guide to Therapy, he is on the literary (and career) fast track. Alas, he does not like where it seems to be taking him.

The US invasion of Vietnam, as for some of his generation but more of the ones following shortly, distances him from his liberal sponsors. He enrolls in the Left, carrying him and his would-be career to far places. His second marriage, to left media activist Dee Dee Halleck, settles the matter, in a sense.

But there is that professorship later on, at Bard College, traditional home of bohemian intellectuals. He does his work and likes his job. And then the College becomes the plaything of a high powered neoconservative, with the financial connections that nearly extinguish faculty resistance around Kovel.

Add to this Kovel’s commitments to ecosocialism, his intellectual explorations and editorial energy, and you have a professor who seems, to conservatives and many liberals alike, to be the sore thumb that sticks out. He became an ecological theorist of note, shocking those academics whose inclinations are never really toward “radical” solutions to global warming or the death cry of rivers. He offered, more and more, a philosophy of struggle and transcendence. No wonder he finds himself cashiered, bounced, in time to live a retirement of militant resistance.

Some of the many details of this heavily detailed book carry us toward St. Francis on the one hand and the Sandinista Revolution in Nicaragua on the other. Or rather, to his own surprise, these two seemed to be the same hand after all. A militant atheist since youth, Kovel was taken with the connection of ecological visionaries from the distant past and present. St. Francis had, after all, broken with his own wealthy family and set himself for a life with the poor. This saint did not actually defect to the heretics suffering persecution or break with the Pope persecuting them. His was, finally, a sort of in-house rebellion. The Sandinistas would certainly have preferred this option, but faced a scolding Pope who desperately feared Liberation Theology and the “People’s Church” that had arisen during the Revolution.

Kovel is drawn, understandably, to the charisma of Ernesto Cardenal in particular, and through that connection, ponders a leftwing religious mysticism that still intrigues him. Given the sad fate of a Central American revolution too close to the US to win like the Vietnamese, Kovel had another paradise of sorts, far further North. That is: Vermont, also full of utopians. The Bread and Puppet Theater had and has a creative vitality that could easily be called spiritual. That Kovel never quite relocated politically to Vermont is attributed, in part, to the well-known fractious sentiments of eco-anarchist Murray Bookchin, the sage of Burlington known best, in later days, for personal attacks on Bernie Sanders. It would not have been a happy partnership.

Kovel chose instead upstate New York. This brought him into the Green Party, reaching ballot status in the state by the late 1990s. The Greens possessed wonderfully odd characters, the oddest perhaps Al Lewis (of The Munsters)—when out of disguise an ancient Red. Kovel himself ran for the US Senate against Alphonse D’Amato and Chuck Schumer, the latter an emerging Democratic centrist in the pocket of the Israel Lobby. At a high point of Green activity, Kovel dreamed of running for president on the Green ticket. This time, in 2000, Ralph Nader stood implacably in the way.

That Kovel afterward took over Capitalism, Nature, Socialism from James O’Connor (reviewer acknowledgment: I have had an intermittent column in this journal for twenty years) in 2003, seeing the journal through rocky times to another editorial team. By the end of his tenure, Kovel had done his work. Travel, socialist and ecological discussions across geographical zones, and more rumination have all followed. The Lost Traveler’s Dream ends up as close to William Blake as to Marx, a logic embedded in this book from its first pages.