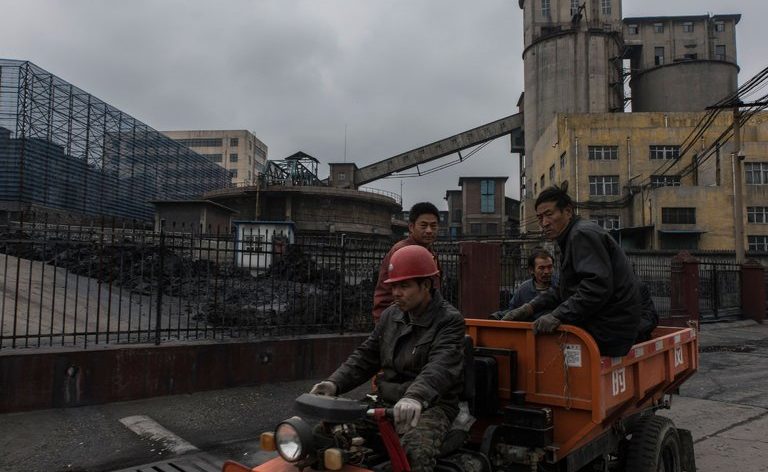 JINCHENG, China — America’s uncertain stance toward global warming under the coming administration of Donald J. Trump has given China a leading role in the fight against climate change. It has called on the United States to recognize established science and to work with other countries to reduce dependence on dirty fuels like coal and oil.

But there is a problem: Even as it does so, China is scrambling to mine and burn more coal.

A lack of stockpiles and worries about electricity blackouts are spurring Chinese officials to reverse curbs that once helped reduce coal production. Mines are reopening. Miners are being lured back with fatter paychecks.

China’s response to coal scarcity shows how hard it will be to wean the country off coal. That makes it harder for China and the world to meet emissions targets, as Chinese coal is the world’s largest single source of carbon emissions from human activities.

Among China watchers, the turnabout also has contributed to questions about the fate of China’s current crop of economic planners.

Here in Jincheng, a smoggy city in China’s coal country, the about-face has led to a steady hum of activity. On a recent afternoon, other trains stopped to make way for two electric locomotives, their horns blowing, pulling more than 50 empty coal hopper cars ready to be filled. Large coal-carrying trucks now form half-mile lines.

Allan Zhang, an electrician who works at a mine here, said his employer had raised monthly pay by nearly 50 percent since the summer.

Two years ago brought “the autumn of coal, and 2015 and earlier this year were the winter of coal,” Mr. Zhang said. “Now is the springtime of coal.”