The U.S. power grid can, must, and will be largely renewable by 2055. Let’s discuss the details — without bickering.

By 2055, the U.S. power grid can, must, and probably will be virtually carbon-free — with lower electricity costs than today.

But a nasty and unproductive debate has bizarrely erupted between high-profile scholars who basically agree on this reality. Why? The devil, as always, is in the details.

In the lead-up to Energy Secretary and climate science denier Rick Perry’s expected release of his own grid study — which many clean energy experts are expecting to be a hit job — it is worth exploring the argument.

Back in 2015, four energy experts, led by Stanford’s Mark Jacobson, published a paper arguing that it is feasible to deliver “low-cost solutions to the grid reliability problem with 100 percent penetration of WWS [wind, water, and solar power] across all energy sectors in the continental United States between 2050 and 2055.”

It was a bold claim at the time. But, as I’ve written, I think there’s little doubt the stunning advances in the past few years in renewables, batteries, electric vehicles, and other key enabling technologies support the general finding that we can have a stable and virtually carbon-free grid by mid-century — a grid that also powers much of our transportation needs.

Just last week, Bloomberg New Energy Finance (BNEF) projected that by 2040, Germany’s grid will see nearly 75 percent renewable penetration, Mexico will be over 80 percent, and Brazil and Italy will be over 95 percent. BNEF was not looking at what could theoretically happen by mid-century if countries pushed as hard as required by the Paris climate goals. They were just looking at business as usual for 2040.

Nonetheless, 21 leading energy researchers have just published a detailed rebuttal of the Jacobson et al. paper, “Evaluation of a proposal for reliable low-cost grid power with 100 percent wind, water, and solar.” It purports to show that “this work used invalid modeling tools, contained modeling errors, and made implausible and inadequately supported assumptions.” Jacobson and his team respond in the same journal, “Clack et al.’s analysis is riddled with errors and has no impact on Jacobson et al.’s conclusions.”

But to give you an idea of just how odd this debate is, the very first line of the rebuttal begins by stating that “a number of studies, including a study by one of us, have concluded that an 80 percent decarbonization of the U.S. electric grid could be achieved at reasonable cost.”

In fact, the “study by one of us” is a January 2016 paper co-authored by Christopher Clack, the lead author of the rebuttal. NOAA’s own news release for Clack’s 2016 study says “the United States could slash greenhouse gas emissions from power production by up to 78 percent below 1990 levels within 15 years while meeting increased demand.”

Now you may be thinking that if we could cut GHG emissions from power production 78 percent in 15 years while meeting increased demand, then certainly we could cut the grid’s GHG emissions down to nearly zero if given another 25 years (to 2055).

Indeed, the NOAA news release quotes Clack as saying, “in the future, [utilities] may not need to” back up renewables with gas-fired generators and other reserves. And it even quotes Jacobson, whose study he is rebutting now, as praising the finding.

So what exactly are these scholars arguing about? Well, the original Jacobson et al. paper was really a theoretical exercise that asked if you could just do a carbon-free grid by 2055 that powered most of the U.S. economy under certain narrow constraints — using wind, solar and hydropower almost exclusively. “No natural gas, biofuels, nuclear power, or stationary batteries are needed” under this premise. They also rejected using electric car batteries to provide power to enhance grid stability. Instead, they believe hydrogen will somehow be more cost-effective as a storage medium and fuel.

I don’t see the point of all those assumptions, especially the ones about batteries and biofuels and hydrogen. It was pretty clear two years ago that battery prices were plummeting as performance was soaring and that hydrogen simply was not going to be able to compete. It’s now really beyond debate.

On the other hand, I don’t see the point of all these scholars spending so much effort debunking a piece that, frankly, is quite out of date. All of these researchers understand how the reality of climate change and rapidly improving technology makes it both essential and indeed inevitable that the electric grid will be essentially carbon free by 2055. That’s the forest we mustn’t miss for the trees.

It would be vastly more productive to examine how the clean energy revolution enables such a grid. And the rebuttal does identify some interesting areas for discussion — such as just how much pumped storage could we add to our existing fleet of dams. But it doesn’t at all look at the unprecedented advances in batteries and electric cars. BNEF, on the other hand, projects that battery prices will continue to plummet over the next decade — and over half of new car sales by 2040 will be electric. So the pumped storage issue could be moot.

Also, the new study is critical of Jacobson et al. for rejecting nuclear power as an option in 2055. Yet it never acknowledges the economic reality that that half of existing U.S. nuclear power plants are no longer profitable — so it’s no surprise that new nuclear plants are wildly unaffordable. I think it would be wonderful if safe and affordable nuclear power plants could contribute to the grid in the 2050s, but right now there’s not much evidence they will.

Rather than more bickering, “I would love to get all of these people in a room for two days to brainstorm this problem,” as I told E&E News on Monday. 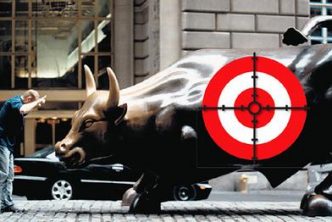 Environmental activism moves from the streets to the boardroom 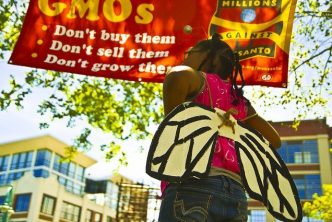 Vandana Shiva on ‘Why we march against Monsanto’ 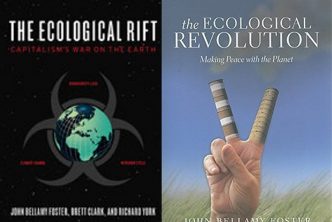 A Marxist Approach to Understanding Ecology 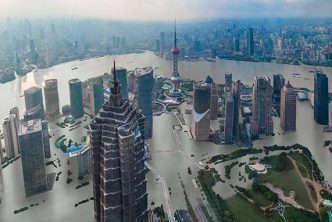