Climate: Will we lose the endgame?

Bill McKibben |  New York Review of Books  | June 24, 2014
Share
FacebookTwitterEmail
Antarctica: An Intimate Portrait of a Mysterious Continent
by Gabrielle Walker
Houghton Mifflin Harcourt, 388 pp., $27.00
What We Know: The Reality, Risks and Response to Climate Change
a report by the Climate Science Panel of the American Association for the Advancement of Science
28 pp., March 2014
Climate Change Impacts in the United States: The Third National Climate Assessment
a report by the US Global Change Research Program
829 pp., May 2014

We may be entering the high-stakes endgame on climate change. The pieces—technological and perhaps political—are finally in place for rapid, powerful action to shift us off of fossil fuel. Unfortunately, the players may well decide instead to simply move pawns back and forth for another couple of decades, which would be fatal. Even more unfortunately, the natural world is daily making it more clear that the clock ticks down faster than we feared. The whole game is very nearly in check.

Let us begin in Antarctica, the least-populated continent, and the one most nearly unchanged by humans. In her book about the region, Gabrielle Walker describes very well current activities on the vast ice sheet, from the constant discovery of new undersea life to the ongoing hunt for meteorites, which are relatively easy to track down on the white ice. For anyone who has ever wondered what it’s like to winter at 70 degrees below zero, her account will be telling. She quotes Sarah Krall, who worked in the air control center for the continent, coordinating flights and serving as “the voice of Antarctica.” From her first view of the landscape, Krall says, she was captivated:

I felt like I had no place to put it…. It was so big, so beautiful. I thought it might seem bare, but that b word didn’t occur to me. Antarctica was just too full of itself.

Describing her walk around the rim of Mount Erebus, the most southerly active volcano on the planet, Krall adds: “It’s visceral. This land makes me feel small. Not diminished, but small. I like that.”

In another sense, though, Antarctica is where we really learned how big we are, if not as individuals then as a species. Scientists have long reckoned that we must be filling the atmosphere with carbon dioxide as we burn coal and gas and oil, and indeed the first instrument designed to measure its abundance—erected in the late 1950s on the slopes of Hawaii’s Mauna Loa—found that more CO2 accumulated with each passing year. But that measurement didn’t tell us much about the past. To understand how much danger we were in required knowing how the planet had responded to atmospheric carbon in the distant past. If you take a core sample of an ice sheet, the tiny air bubbles trapped in each layer can give you a good idea of the successive amounts of CO2—and by far the longest ice cores can be collected in the Antarctic. 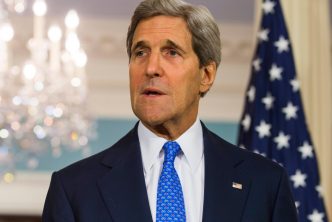 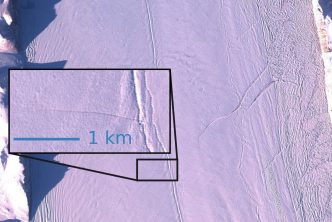 Russia softens charges against Greenpeace activists from piracy to hooliganism