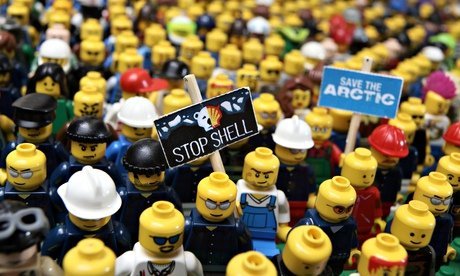 Climate change: how to make the big polluters really pay

When the call came in that the University of Glasgow had voted to divest its £128m endowment from fossil fuel companies, I happened to be in a room filled with climate activists in Oxford. They immediately broke into cheers. There were lots of hugs and a few tears. This was big – the first university in Europe to make such a move.

The next day there were more celebrations in climate circles: Lego announced it would not be renewing a relationship with Shell Oil, a longtime co-branding deal that saw toddlers filling up their plastic vehicles at toy Shell petrol stations. “Shell is polluting our kids’ imaginations,” a Greenpeace video that went viral declared, attracting more than 6m views. Pressure is building, meanwhile, on the Tate to sever the museum’s longtime relationship with BP.

What is happening? Are fossil fuel companies – long toxic to our natural environment – becoming toxic in the public relations environment as well? It seems so. Galvanised by the “carbon tracker” research showing that these firms have several times more carbon in their reserves than our atmosphere can safely absorb, Oxford city council has voted to divest; so has the British Medical Association.

Internationally, there are hundreds of active fossil fuel divestment campaigns on university and college campuses, as well as ones targeting local city governments, non-profit foundations and religious organisations. And the victories keep getting bigger.