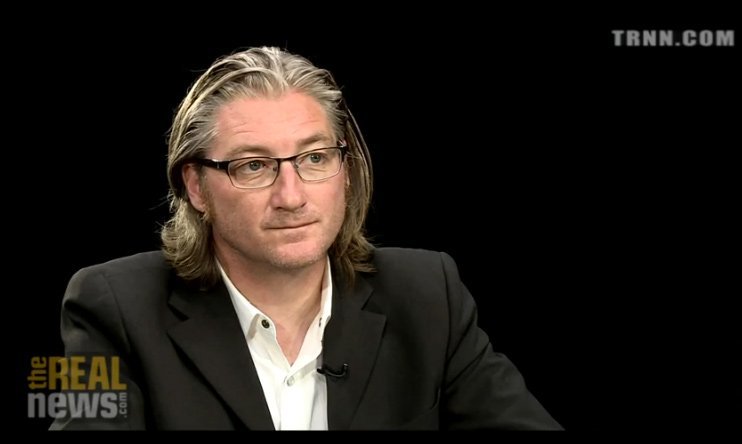 Chris Williams, an active member of System Change Not Climate Change is interviewed here in a series for The Real News. See the links below for full transcripts of these interviews, and click on the youtube.com like below for parts of the series…

“And the reality asserting itself, probably the biggest one we’re all going to be facing and are facing, is climate change. And while the reality of it is not going to be dependent on whether we recognize it or not, it’s here and it’s coming. But you wouldn’t know that if you looked at today’s politics, both in the United States, countries like Canada, in Europe and around the world. There’s some rhetoric about dealing with climate change, but how much real effective policy is there?

“And that begs a bigger question: is it possible within the capitalist system to have an effective confrontation of climate change? Is the kind of changes that are required possible? And if anything’s possible, will it happen in enough time to prevent some of the worst effects of climate change?

“Now joining us is Chris Williams. He’s a longtime environmental activist, and author of Ecology and Socialism: Solutions to Capitalist Ecological Crisis. He’s chair of the Science Department at Packer Collegiate Institute and an adjunct professor at Pace University. He reported from Fukushima in December and January 2012 for Truthout. He’s the recipient of the Lannan Cultural Freedom Fellowship for 2013. He reported from the last round of international climate negotiations in Warsaw in November 2013 for Truthout and other outlets. He speaks regularly on TV and radio and such. And he just got back from spending four months in Vietnam, Morocco, and Bolivia analyzing the economic development in the context of climate change.

Thanks for joining us….