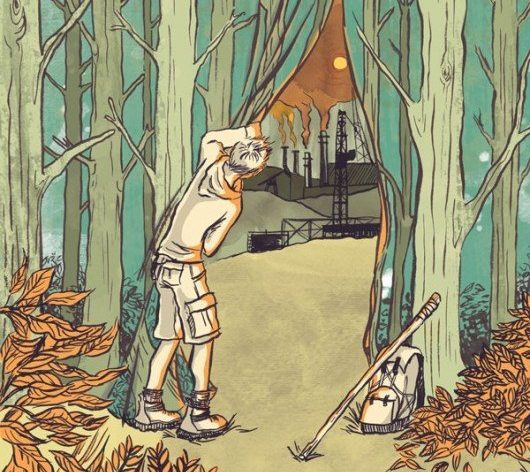 This changes something: Naomi Klein takes on the Big Greens

There is a strong current within funding circles that would like subsequent campaigns to follow the “caps” model. After the 2010 signing, a representative of Pew Charitable Trusts, a key backer of the deal, told journalist Dawn Paley that they “would love to have similar talks with the oil and gas industry and also with the mining industry as well.”

Thankfully, that hasn’t come to pass. Instead, the last five years have seen a shift toward grassroots organizing. The Climate Justice Alliance (CJA), a U.S. network of grassroots groups in affected communities, flexed its muscles in September’s People’s Climate March in New York City with front-line activists (mostly people of colour) and Indigenous people literally leading the way. Right after the march, CJA organizer Ananda Lee Tan told the Daily Beast that “[the big greens] have to shift the way they do business, from being large top-down institutions to being accountable to democratic bases and practicing democratic decision-making.” The CJA and groups like Movement Generation exemplify that shift in the U.S., showing that it is possible for movements to influence foundations and reset the terms of engagement

Canada is a few steps behind. Campaign plans are still made in West Coast island retreats attended by paid staff and their guests. Meaningful, democratic grassroots participation is practically unthinkable in most ENGO campaign work. Many ENGO tarsands campaigns are effectively coordinated by Tzeporah Berman, a noted advocate of the corporate collaboration model. Berman advises foundations on which groups to fund and when. A grassroots-driven coalition analogous to the CJA has yet to emerge, though Indigenous groups have asserted a growing independence and influence on anti-tarsands work.

Without any easily attainable sources of independent funding, climate justice work that challenges capitalism will continue to rely on foundation funding to some degree. Developments in the U.S. have shown that movements can provoke shifts in the face of a stale and intransigent collaborationist approach. Only time will tell how far they can push things. The more we can build democratic, community-led, and self-funded activity, the more likely it is that the folks with money will be forced to follow rather than to lead.

The shift is happening. But for a large-scale emergence of a participatory, bottom-up movement that empowers rather than exploits, alternatives to foundation funding and the hierarchical bureaucracy it necessitates must be found. That’s the conclusion that does not appear in This Changes Everything, but we’ll need to speak and share that message if the title of the book is to be prophetic and not merely provocative….more