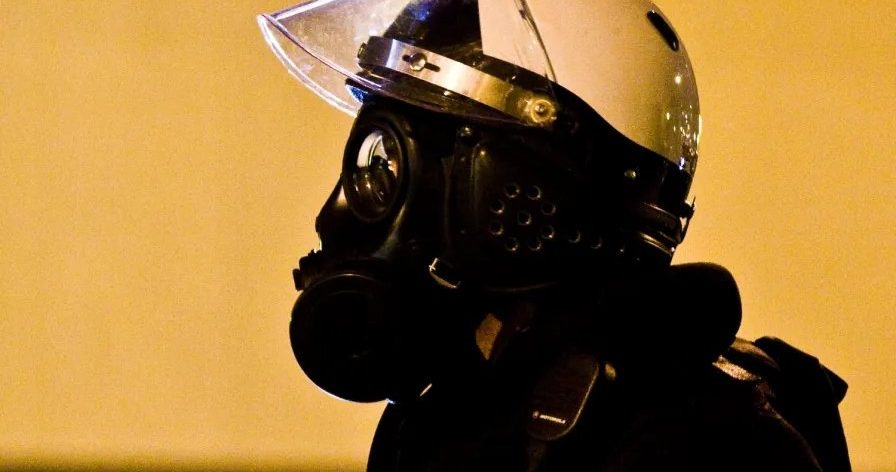 Anyone who has watched the footage of a white police officer digging his knee into the neck of George Floyd should be able to understand the fury that is erupting across this country at the systemic devaluation of Black lives. But we need to do much more than simply understand it. Each of us needs to figure out what we, as individuals, as members of our own communities, as representatives of organizations, can actually do to meaningfully support the demands for change that are coming from the Movement for Black Lives.

Over the past weeks, months, and years, the Movement for Black Lives and many others have coalesced around a set of demands. One of them is that we should defund police departments across the country and invest those resources in community-based programs. This is a demand that all people and organizations that purport to support climate justice should be throwing their organizing weight behind.

When we choose to fund the police there are so many other things that we are choosing to not fund.Cities across the United States spend a mind-boggling portion of their overall budgets on policing. In dozens of cities across the country one in every three of our tax-payer dollars is spent on policing. In Minneapolis policing accounts for 35.8% of the city budget; in Oakland it’s over 40%. In Baltimore, the average resident contributes $772 a year to the funding of the police; in Chicago, your personal tab for a heavily militarized police force is $537.

Few documents say more about who we are than our budgets. Budgets are an expression of our values and our priorities. Budgets are moral documents. When we talk about defunding the police, the question isn’t simply should we be funding the police at the current exorbitant levels. The question is every bit as much about what we ― as a society, a city, a county, a state, a nation ― should be spending our money on.

In 2017, the City of Seattle, where I live, set aside $54 million to address the housing crisis. That’s about 12% of the $410 million that the City gives to the Seattle Police Department every year. At the time there were more than 11,000 people experiencing houselessness in the Seattle region; a figure that hasn’t budged much since. I think it is safe to say that had the Seattle’s Police Department budget been 12% of what Seattle had dedicated to providing housing for those experiencing homelessness ― and not the other way around ― we would have seen better results.

When we choose to fund the police there are so many other things that we are choosing to not fund. To give just one example: The City of Seattle currently spends a paltry $11.5 million a year on the Office of Sustainability and Environment, which is the department charged with managing all of the city’s work to address the climate crisis. That is to say that the City of Seattle currently spends thirty-five times more on policing than it does on programs to address the climate crisis.

Climate activists could do well to remember that every dollar we spend on funding the police is a dollar not spent on mental health programs, social workers, rehabilitation programs, education, the arts, and funding local Green New Deal programs.

The fact that the City of Seattle (like almost every other city in the country) spends more on police than on either the homelessness crisis or the climate crisis is, of course, only made more galling when you consider that the Seattle Police Department has been charged with systemic racial bias and constitutional violations regarding police violence, and has been responsible for the murders of multiple people over the last decade, including pregnant 30-year-old African American mother Charleena Lyles, and Native American woodcarver, John T. Williams, to name just two

All of this would make so much more sense if it actually worked. Yet, much of the evidence suggests that more cops does not result in less crime being committed.

There may be those that will say that calling for the defunding of police is a distraction for organizations focused on tackling the climate crisis. ”We just need to focus on the emissions,” they might say. This is not only myopic, it’s damaging to the movement. Not only is calling for the defunding of police and for investments in programs that benefit communities ― and especially Black, Brown and Native communities ― absolutely the right and just thing to do, it is one very real way that the climate movement can work to build the broad, multiracial base that it needs to win.

Climate justice is about far more than reducing emissions. It is about building a fairer and more just world. It’s about following the leadership of those that are most impacted by injustice. And right now, the climate movement has an opportunity to just that. It can start by getting behind the demand to defund the police.

Alec Connon is the coordinator of the Stop the Money Pipeline coalition, a coalition of over 120 organizations working to stop the flow of money from Wall Street to the fossil fuel industry. He is also a writer. His first novel, The Activist, was published in 2016. Follow him on Twitter: @alecconnon