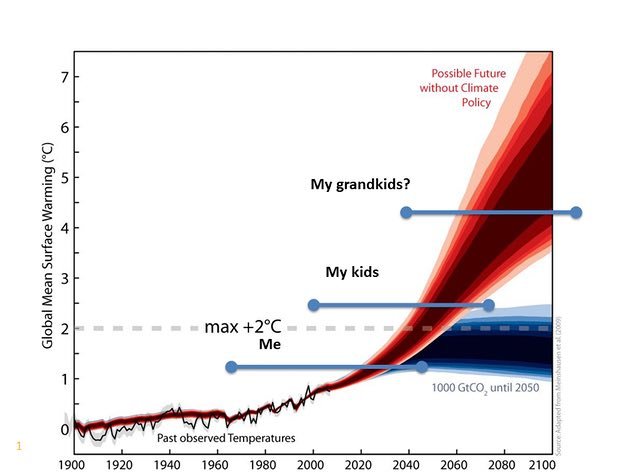 Caring about climate change: it’s time to build a bridge between data and emotion

Long after we each cease to exist, the physical outcomes of the choices we make today, and tomorrow, will linger. Shadows of our decisions on policy, energy and lifestyle will manifest as the consequence of our injection of greenhouse gases into the Earth’s atmosphere.

The forecasted outcomes of unchecked climate change are serious and long-lasting. Climate science regularly emits dire warnings and precipitous graphics illustrating dangerous changes to the oceans and atmosphere in the coming decades. They also fail, profoundly, to inspire widespread preventative action, partly because the future is distant and dim.

The fact that long-term warnings bounce off audiences is a zone of friction for science communication. There’s a lack of connection between the numbers drawn from climate science and the personal, immediate motivations required to drive active prioritisation of climate action.

Recently, a tiny addition was made to a well-worn climate chart that stretched connective material between the empirical end of climate science and the raw, human, personal end: … see image…

The blue lines were added by the Climate Council’s Lesley Hughes (ANU climate scientist Sophie Lewis had a similar idea a few months back).

Hughes’ addition dislodges a distracted audience from the stickiness of information saturation. These looming decades don’t seem distant when we think about the simple fact that children we know today will still be alive, and they’ll need jobs, and food, and energy security and infrastructure. They’ll be balancing these priorities in a world badly damaged by the choices we make today around emissions reductions.

Per Espen Stoknes, a Norwegian psychologist, has examined why people continue to feel disconnected from climate warnings, despite the strength of the science. He says, “People think this is far off – it is not here and now, it’s also up there in the Arctic or Antarctica, it affects other people, not me, I’ll be old before this really happens, other people are responsible, not me. We distance ourselves from it in so many ways that the pure facts are not sufficient to generate a sustained sense of risk”.

What Per Espen Stoknes describes as the “climate paradox” – a seemingly inverse relationship between scientific information and climate concern – is born out in Australian polling data: